Among the most popular measures are those around whether to arm teachers and the hardening of school security.

Editor's note: This latest column focuses on gun control legislation that affects school safety. Previous installments of The 50 States of Education Policy, along with an interactive map that breaks down policies in each state, can be found here.

This month, students head back to school in the aftermath of recent mass shootings that have lawmakers at odds once more on gun control. As Democrats push for stricter gun legislation that includes comprehensive background checks and hardline Republicans take a staunch position against the matter, schools are left to navigate a patchwork of gun control legislation that varies widely by state and often has a direct impact on school safety.

Though most states have legal codes prohibiting firearms in schools, almost all have exceptions to their laws and allow them on school grounds under certain conditions. In most states, law enforcement is permitted to carry firearms on campus. And in 21 states, school security officers can be armed.

Currently, 19 states allow anyone, including students, to carry a firearm with permission from school authority. Four states — Alabama, Oregon, Rhode Island and Utah — allow anyone with a concealed carry permit to carry on school grounds, and three others — Idaho, Indiana and Missouri — allow anyone with both a permit and school permission to carry. Hawaii is the only state with no statute relevant to firearms in schools.

Click on each policy to see which states have them.
Anyone with permission
CC license holders
School employees
School security 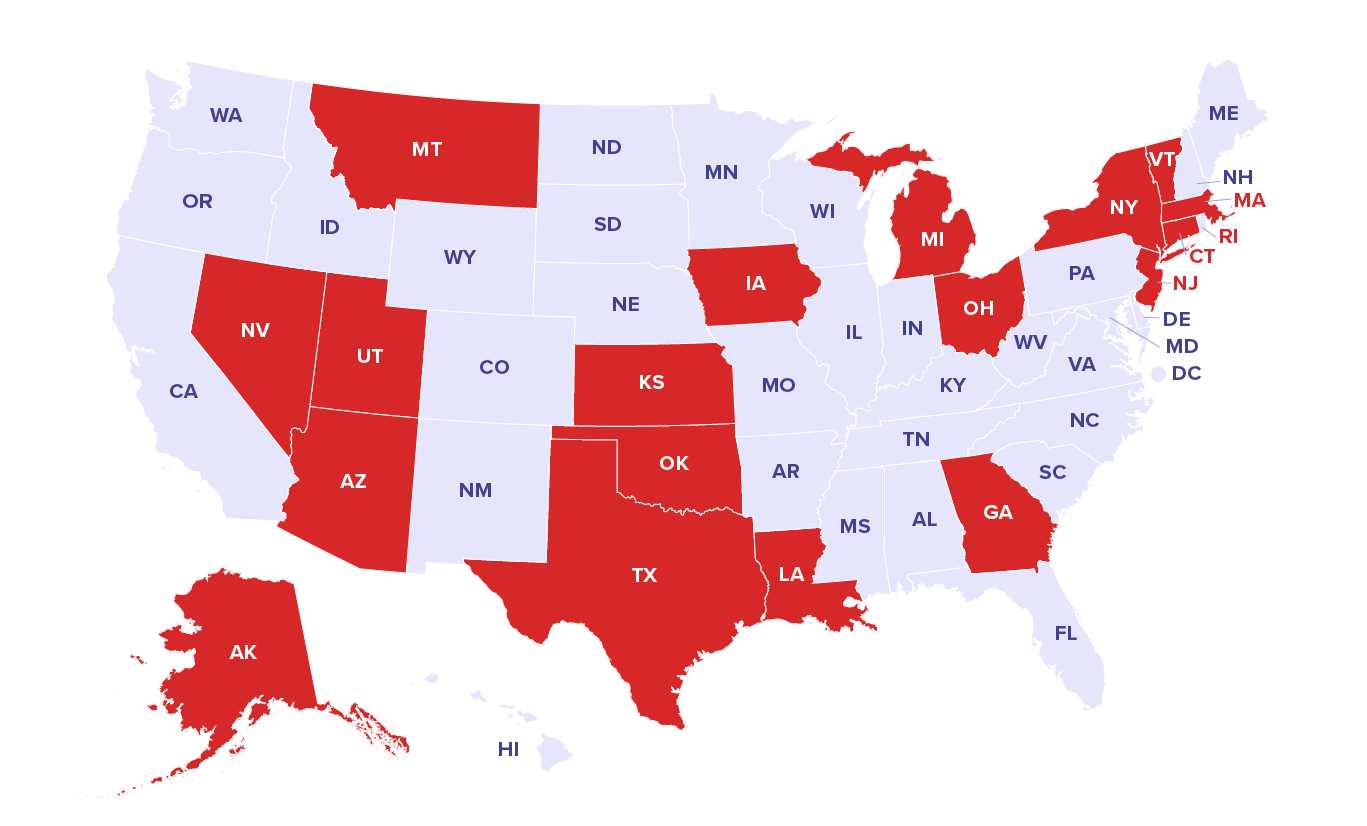 To arm or not to arm

Most recently, Florida Senate Bill 7026, enacted in March in response to the 2018 Marjory Stoneman Douglas High School shooting, made it easier for districts to arm school staff under a “guardian” program in which districts can decide whether to implement the new gun laws, and teachers would need to pass a 144-hour training course before being able to carry a firearm in the classroom.

Just two months after the bill's passage, school employees in 40 of Florida’s 67 counties had already enrolled in or planned on taking the course, a spokesman for the state’s Speaker of the House told Reuters. Out of the 67 school districts, just 25 had chosen to implement the guardian program — mostly in rural areas.

A series of new firearm laws, passed before the El Paso, Texas, shooting but in response to other mass shootings around the country, are also going into effect in Texas on Sept 1. Collectively, the measures will loosen gun laws in a state that has had four of the nation's 10 deadliest mass shootings.

The reforms include Texas House Bill 1143, which will allow school employees who are licensed gun owners to store a firearm and ammunition in a locked vehicle on a school parking lot, as long as they are not in plain view.

Advocates for arming teachers say such measures are important in the case of lagged law enforcement response time. However, critics point out that teachers, even with intensive training, often do not have the skills to accurately aim and shoot in the face of pressure.

Georgetown University lecturer Richard Marianos, a former special agent for the Bureau of Alcohol, Tobacco, Firearms and Explosives who led the shooting investigation at Columbine High Schools, said that recent measures to arm teachers are “not the answer.”

“Even a law enforcement officer who carries a gun every day and who has gone through a significant amount of training can falter,” Marianos said.

This divide exists even within states and across districts.

Corey Goble, safety and security manager for Georgia's Bibb County School District, said the district does not plan on adopting measures or even discussing plans regarding arming teachers. Meanwhile, less than 70 miles southeast, Laurens County became the first district in the state to issue guns to teachers and has a five-day initial summer training in place to prepare teachers to carry in the classroom, with later periodic trainings to follow.

For districts in rural areas far from police departments, this is a cause for concern.

However, Janet Robinson, the former superintendent of Newtown Public Schools (NPS), said even a rapid three-minute response time during the Sandy Hook Elementary School shooting wasn’t enough to keep the shooter at bay, calling those who think they are prepared for an active shooter “naive.”

The focus, Robinson has learned, should be on proofing the school building to prevent or delay entry.

“We had regular glass and a buzzing system, but all he had to do with the AR-15 was shoot out the glass window next to the door, which he did relatively quickly with his rifle,” she recalled.

Robinson suggested “hardening” the building with bullet-proof glass and putting alerting systems into place. Some schools are even installing bullet-proof doors for the new school year.

Conducting drills with local police departments when students are not present, Robinson added, boosts communication between law enforcement and schools, which is key to successful school safety practices. Joseph Erardi, also a former superintendent of NPS, who took the position following the mass shooting, agreed.

“Robust school safety plans in the country have public safety officials and school officials standing together,” Erardi said. “Any good plan should be centered around relationships and partnerships.”

Marianos confirmed that not only is official communication important, but so is communication between parents, students and school staff. Following his Columbine investigation, Marianos found that there was a lot of “open-source information” about the shooters, but that those who had had first-hand knowledge about the plan “weren’t connecting the dots.”

Designating school resource officers or school administrators to data mine and monitor this kind of open-source information could be an effective preventative measure, he said.

Goble said his district in Georgia has been particularly focused on emphasizing its random search processes,including those at entry points, in classrooms and in common areas using metal detectors, police officers and K-9s.

Through new legislation, states such as Florida and Colorado are also investing in school safety resource centers that provide best practices, training standards and oversight for school safety and security, including prevention, intervention and emergency preparedness.

Following the most recent shooting in El Paso, Congressional attention on the issue was ripe for change. Prominent lawmakers including Senate Minority Leader Chuck Schumer and presidential candidates Bernie Sanders, Elizabeth Warren and Cory Booker pushed for Congress to reconvene despite its August recess and address pending gun control legislation.

After public pressure, President Donald Trump seemed to backtrack on his anti-gun control stance and briefly supported closing loopholes in background checks and red flag laws. He later said he is a “strong believer” in the Second Amendment.

Amid the national disarray, the March For Our Lives movement, formed by Parkland survivors, released a gun control plan last week, which, among its reforms, asked 2020 presidential candidates to tackle the issue as a “national public health emergency.” The proposal is calling for a ban on assault weapons, changes in the standards for gun ownership, reducing the rate of gun deaths by half in 10 years, and establishing a national licensing and registry system centered on responsible gun ownership.

Republicans in Congress — including Sens. Lindsay Graham and Marco Rubio, who initially introduced legislation in March 2018 following the Parkland shooting — are currently working on red flag bills that would leave the implementation up to individual states and avoid any federal change.

Robinson said that while some states like Connecticut — which passed legislation requiring comprehensive background checks, among other reforms, following the Newtown shooting — may adopt gun control measures, laws in surrounding states also affect school safety. She pointed out the ease with which individuals have in the past acquired guns from neighboring states, successfully skirting their state laws.

“When you have border states who have totally different laws from you, it’s difficult to keep your state safe,” she said.

Trump is expected to release a series of legislative proposals in the coming days.