Districts are caught between a rock and a hard place as they navigate conflicting state laws and federal urges to support LGBTQ students.

As more states pass anti-LGBTQ legislation affecting schools, from transgender student athlete bans to more recent bills that opposition have dubbed "Don't Say Gay," U.S. Secretary of Education Miguel Cardona has been firm and consistent in his stance: The Department of Education will not let these actions slide.

Upon passage of Florida's Parental Rights in Education bill last month, for example, Cardona said the department will be on the lookout once the law is implemented July 1 to "evaluate whether it violates federal civil rights law."

"I think Cardona and his staff have been very clear on where they stand on LGBTQ rights and Title IX," said Scott Lewis, co-founder and advisory board member of ATIXA, the Association of Title IX Administrators.

Yet while Cardona has used his bully pulpit from the get-go to support LGBTQ youth, some say his walk doesn't match his talk. The department, for example, could use its Office for Civil Rights to enforce its 2021 notice of interpretation that said Title IX protects the rights of LGBTQ students, Title IX lawyers said.

Legislation that advocates say restricts LGBTQ students' rights is making its way through state legislatures as the education community awaits revised Title IX proposed regulations, now expected in May rather than this month. Those regulations are expected to include protections for LGBTQ students, and specifically transgender students.

Meanwhile, 26 mostly conservative groups on Monday sent a letter to OCR expressing "deep concern" about the department's decision to rewrite the rules in the first place. Replacing rules released under the Trump administration "will produce a whiplash effect" for schools that have recently begun implementing the 2020 rule and will "contribute to massive uncertainty" among students and faculty members, according to the letter from Defense of Freedom Institute for Policy Studies and others.

In the interim, a lack of legal action has made it difficult for districts to comply with both state and federal laws, especially in places with anti-LGBTQ laws, lawyers say.

"They have done nothing more than issue an impotent notice of interpretation, empty promises to help schools comply, and weak press releases that vaguely refer to not standing idly by with respect to transgender student rights."

"OCR has done nothing to help schools with the incredible Catch-22 they are in when balancing state and federal laws regarding transgender student rights," said Jackie Wernz, a partner at Thompson & Horton, a law firm that represents public schools, in an email.

Wernz said OCR could take a number of steps to support LGBTQ students, including issuing focused guidance explaining how it would respond if a school follows an athlete ban law, opening directed investigations against schools that implement bans, and publishing letters related to cases for other schools to reference.

"They have done nothing more than issue an impotent notice of interpretation, empty promises to help schools comply, and weak press releases that vaguely refer to not standing idly by with respect to transgender student rights," Wernz said. "They literally are standing idly by."

When asked about whether it plans to legally and more publicly challenge state laws and district policies restricting LGBTQ students, a spokesperson for the Department of Education reiterated the agency's commitment to protect their rights.

The department pointed to videos, public statements, fact sheets, briefs in federal lawsuits, letters and notices signaling support for LGBTQ students, as well as efforts to overhaul Title IX regulations. However, it did not specifically highlight any current or ongoing OCR investigations or potential guidance for districts, especially in states that have passed anti-LGBTQ laws.

Taking on and publicizing a case against a district

In news conferences and public statements, LGBTQ students and their families have detailed their experiences with discrimination.

"These laws that are coming through are creating a situation whereby LGBTQ in particular may not only feel unsupported, but may result in additional harassment or hostile environments [in schools]," Lewis said, adding it is up to the Department of Education or Department of Justice to act.

The agencies could launch investigations based on complaints, or based on select schools or districts that may have systemic issues even in absence of a complaint, he said.

Last week, the Biden administration used the occasion of Transgender Day of Visibility to release resources for transgender youth. At the same time, the Department of Justice warned in a letter to state attorneys general that it will ensure "transgender youth, like all youth, are treated fairly and with dignity in accordance with federal law."

"This includes ensuring that such youth are not subjected to unlawful discrimination based on their gender identity, including when seeking gender-affirming care," the Justice letter added. The letter came after recent announcements by Texas Attorney General Ken Paxton and Gov. Greg Abbott that parents providing gender-affirming care for transgender youth constitutes child abuse.

The letter also reminded institutions receiving federal funds, like public schools, that those dollars are conditional on compliance with federal laws including Title IX.

OCR taking on and publicizing a civil rights case against a district, however, would send a message to other districts on how to approach LGBTQ issues, lawyers note.

"The remedies that the department has, in that regard, are very limited."

But that might not be in the department's — or school's — best interest, said Scott Schneider, a partner at Husch Blackwell, a law firm that represents various education and other sectors, and a Title IX advisor to education institutions.

"The remedies that the department has, in that regard, are very limited," Schneider said. With enforcement action, the Ed Department would be putting schools in a position to comply with either it or with state law, he said.  "And the remedy would be limited to pulling federal funds from those schools, which I don't think would be a super attractive option."

Over the decades, however, the department has not traditionally pulled federal funding for Title IX violations, instead limiting that measure for other civil rights issues like racial discrimination.

"And the thought process is that by doing that, the only people that get hurt are our students, because now they can no longer have access to federal financial aid," Schneider said. "And so they've always been reluctant to do that."

Investigating at the state level

On a state level, the Education Department previously launched investigations into Texas and Florida in September 2021 over the prohibition of mask mandates as schools reopened during COVID-19.

In those cases, the department was "falling back onto a public health argument, a school safety issue, which they do have jurisdiction over in terms of making commentary on how safe the schools are," Lewis said. "I think it'd be a bigger struggle, although it wouldn't be incorrect to say that this is a school safety issue."

That path could, however, raise questions around OCR's jurisdiction, he said.

And even if the department initiates such investigations, they may not prove to be effective, Schneider said.

"It's not clear to me how that would be an effective way to deal with the problem," said Schneider, who works out of Texas. He added that those previous letters of investigation had little to no outcome in his state. "Maybe it's a path they could go down, but ultimately, I don't view that as something that's going to move the needle at all on this issue."

The department under the Biden administration issued one such letter, in April 2021, to announce the impending proposal of new rules to amend Title IX after gathering feedback from the public. It also reminded districts that, until then, regulations passed under former education secretary Betsy DeVos remain in place.

"I think what we're seeing with this administration's Education Department is a far more cautious approach and an unwillingness to issue informal guidance like the 2011 Dear Colleague Letter."

While such letters made a "huge splash" under the Obama administration, Lewis said, the impact can change based on political and social context.

Now, the department may be purposely avoiding Dear Colleague letters, considering those issued under the Obama administration were swiftly undone once his eight years in the Oval Office ended.

"I think what we're seeing with this administration's Education Department is a far more cautious approach and an unwillingness to issue informal guidance like the 2011 Dear Colleague Letter," said Iliana Konidaris, managing legal counsel for the Fierberg National Law Group, which deals with Title IX cases, in an email.

Even when Biden's Department of Education issued guidance for LGBTQ+ students after Bostock in 2021, making it clear that Title IX's prohibition on sex discrimination encompasses sexual orientation and gender identity, the guidance came after federal courts had already weighed in on the issue "as if to spell out that the DOE wasn't going out on a limb," she added.

"It wasn't setting precedent but simply following the trend in the law," Konidaris added.

Plus, if the department were to issue a Dear Colleague letter, it might not have much of an impact — especially in places with conflicting state law.

"Is there some precedent that if they do that, schools would be reluctant to not comply with that Dear Colleague letter? Absolutely," Schneider said. However, if caught between complying with a Dear Colleague letter — which Schneider said is essentially "an advisory opinion" — or state legislation, a lot of schools may opt to comply with state law.

As a result, districts are "put between a rock and a hard place," said Madeline Johnson, a private litigator and managing partner at Law Office of Madeline Johnson, who deals with Title IX cases. Johnson added schools "have to put their funding at risk in order to comply with the state laws."

For Wernz's part, she said, "In this landscape, I can tell my clients ‘federal supremacy’ all day long, but when it comes down to it, it is completely reasonable for school leaders to look at the lack of federal enforcement and choose to follow their state laws."

"How can OCR demand that school leaders stand up for transgender rights when OCR refuses to do so?" 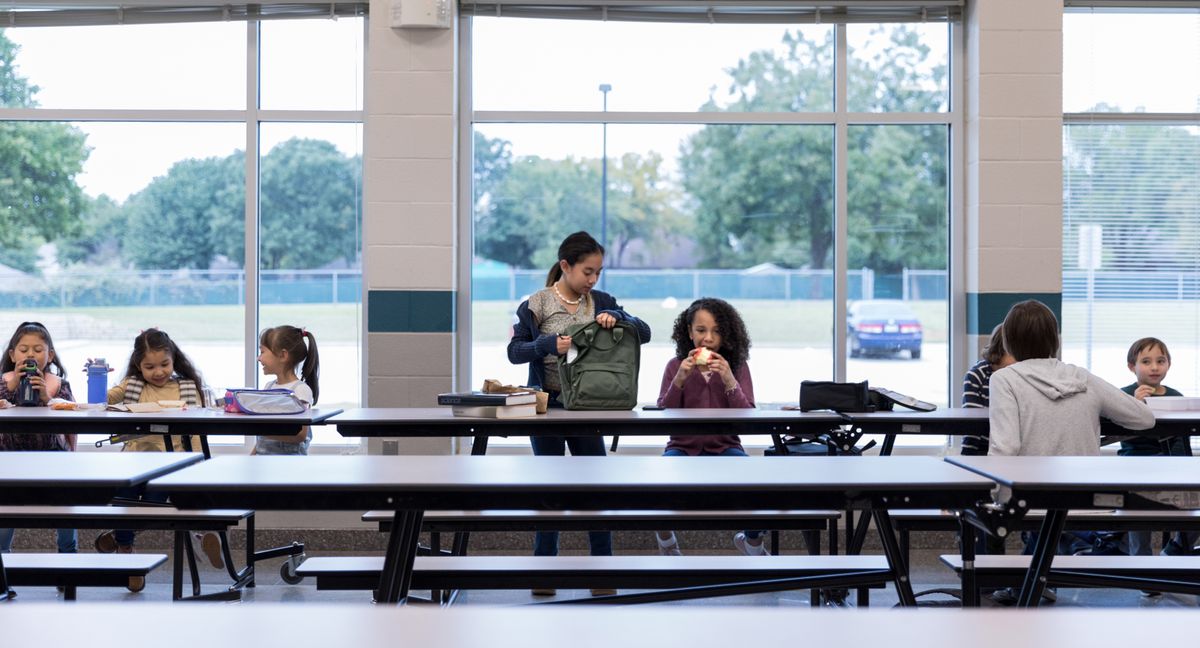 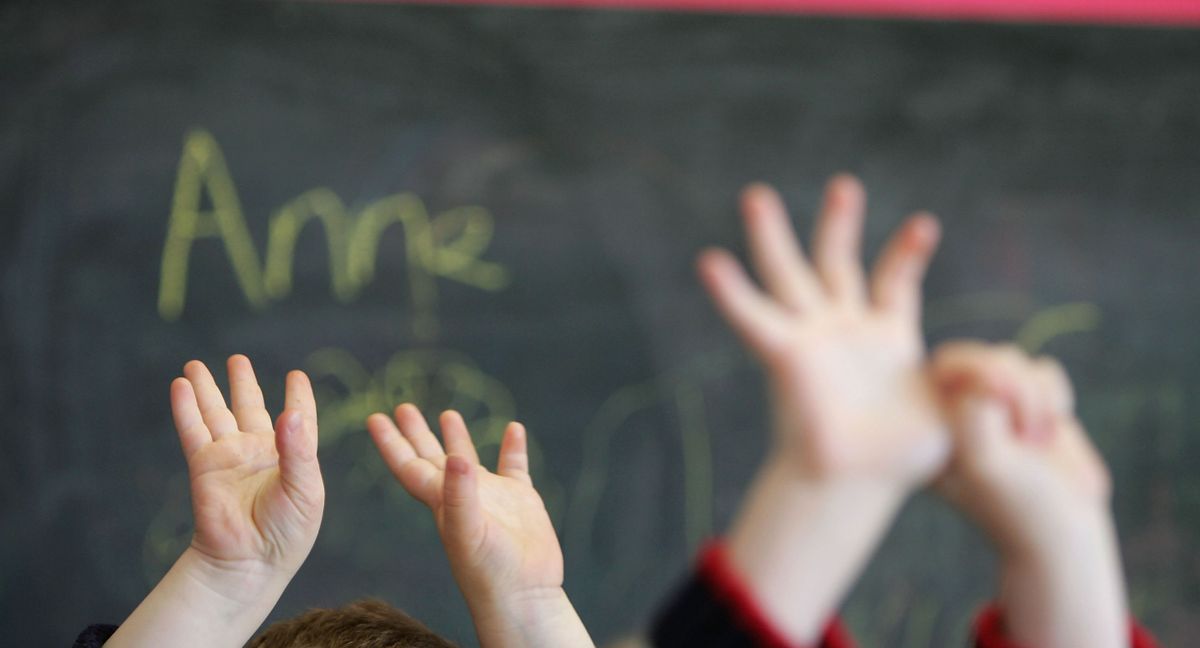 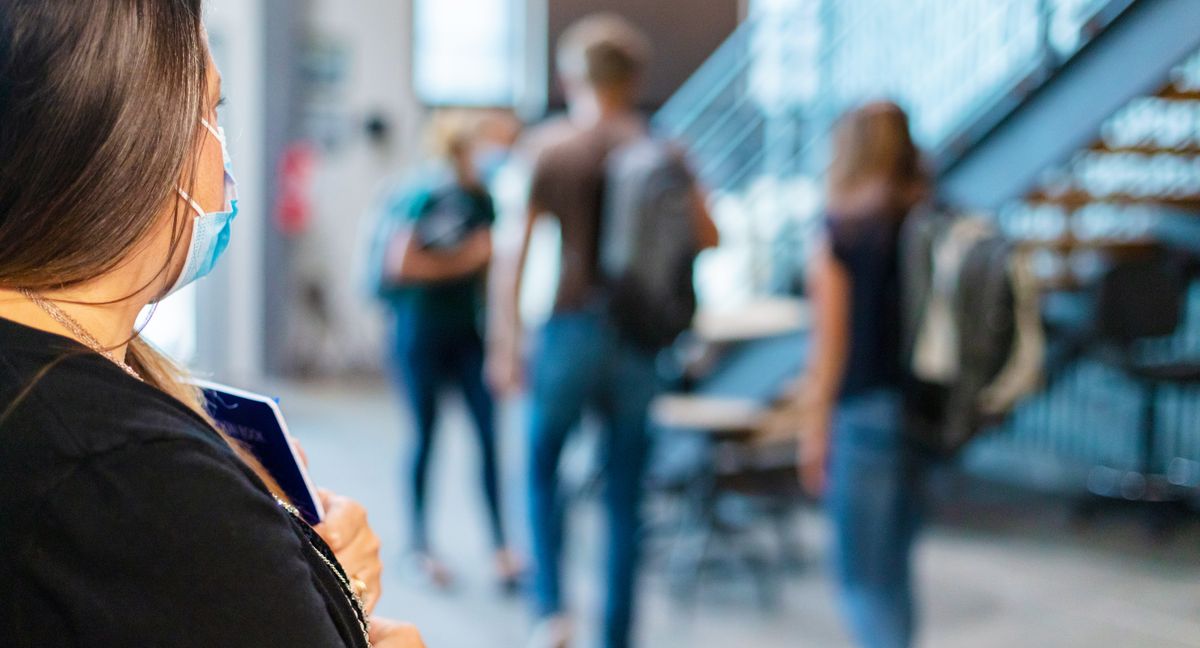 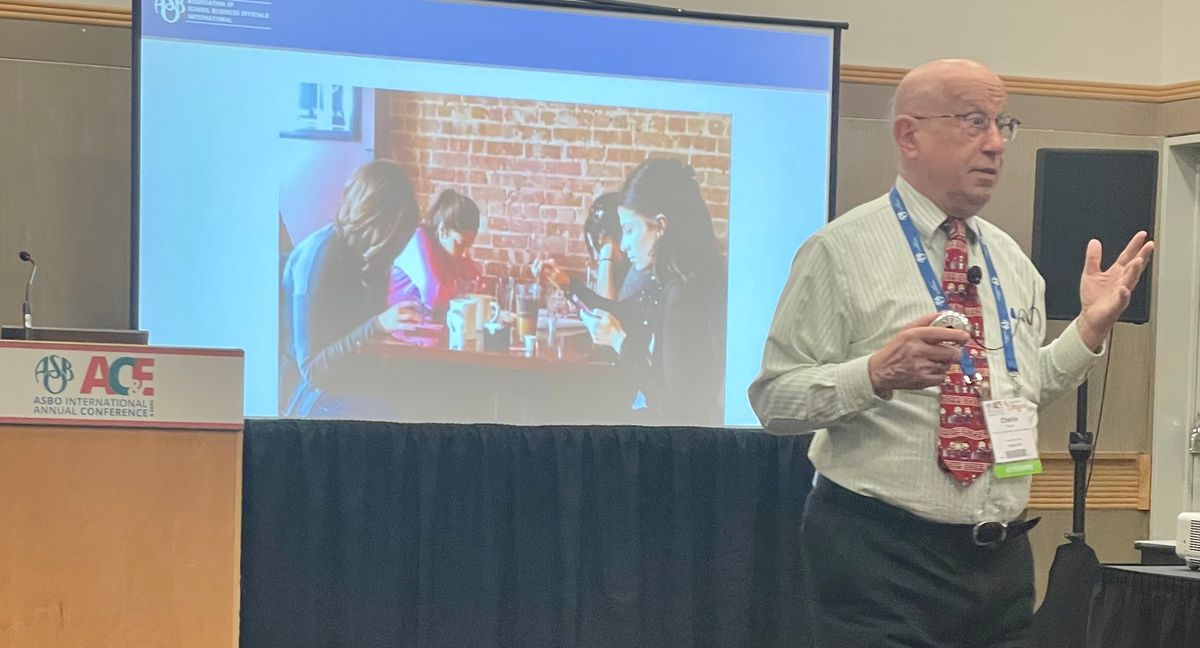 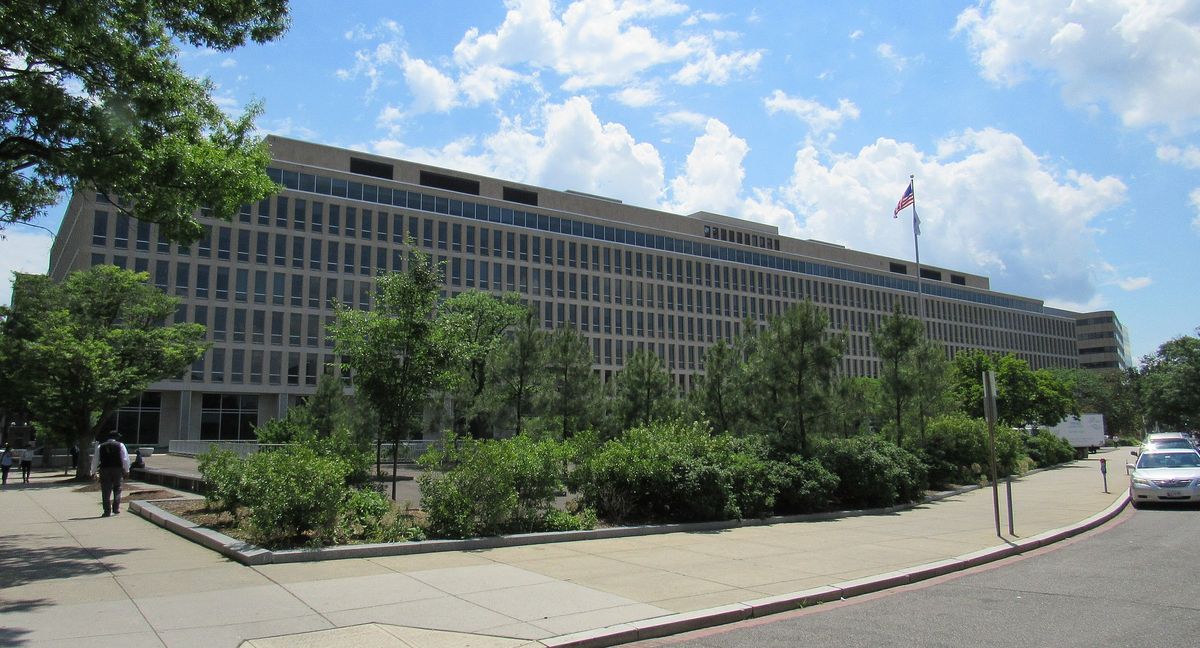 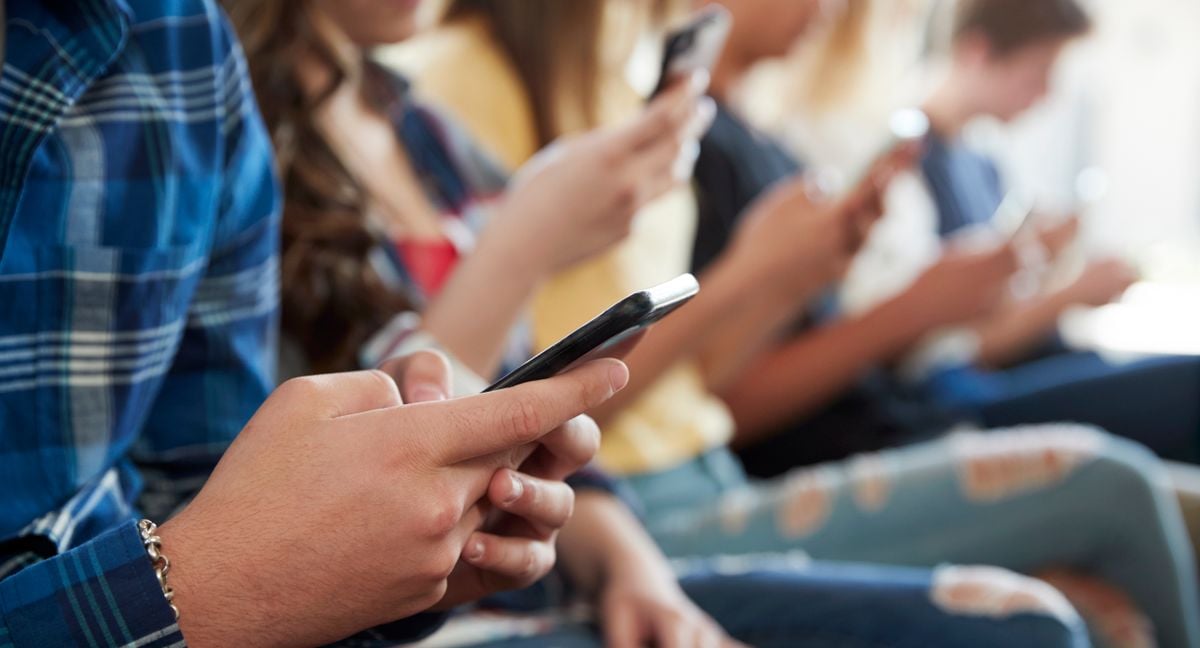 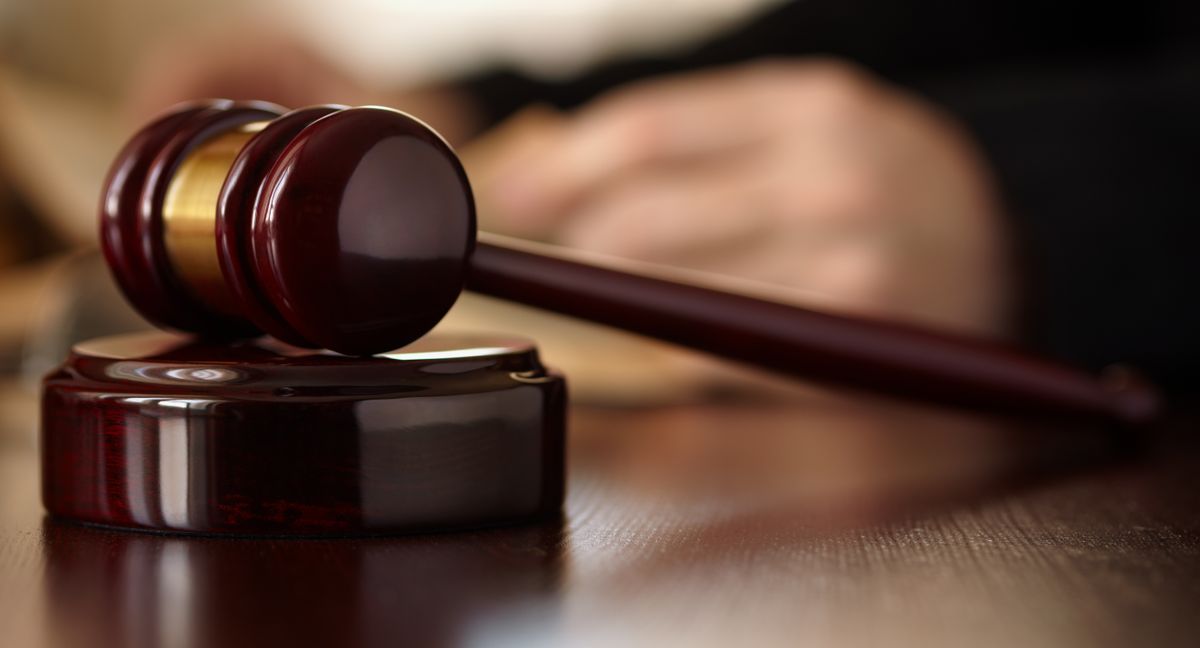 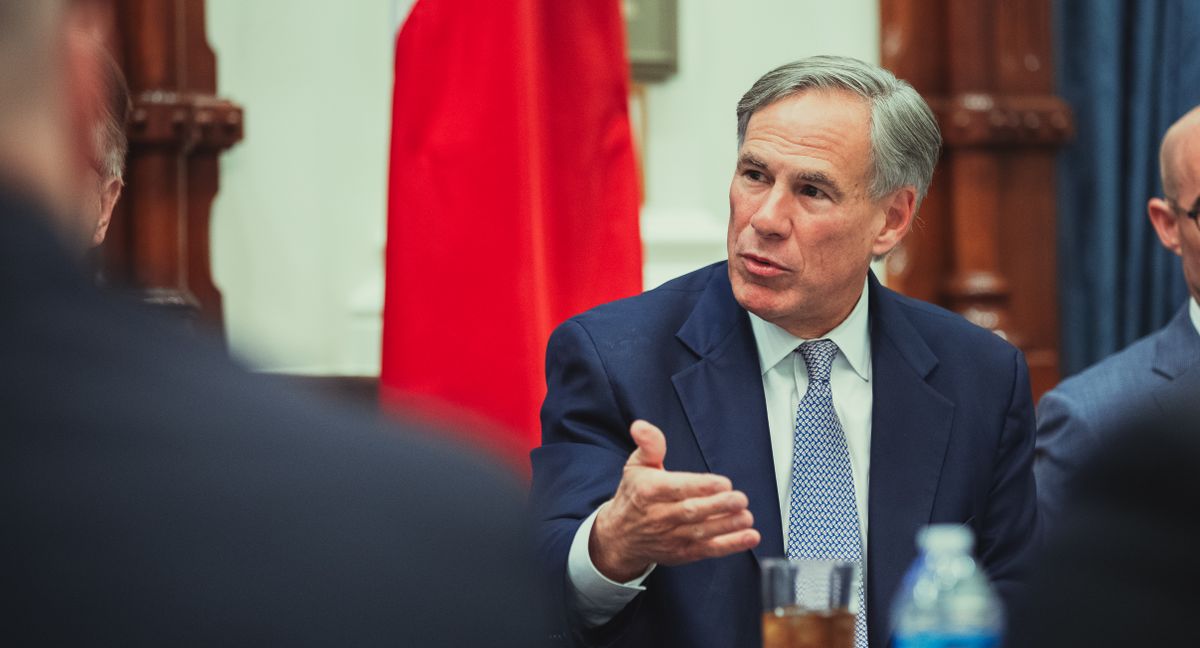