Among lawsuit claims are that students asked to attend virtual learning for not following mask rules are subjected to a "separate and unequal" education. 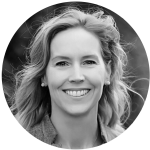 With the school year several months underway and the number of COVID-19 cases increasing across the country, school systems are finding that, for the most part, students, parents and staff are complying with mask policies in areas where they are required.

“It’s been surprisingly easy,” said Michael Lubelfeld, superintendent of the North Shore School District 112 in Highland Park, Illinois. “A lot of people thought it would be a problem but it totally isn’t.”

In the places where mask rules are being challenged, it’s often just a few parents who are resistant to the policies, school leaders say.

For example, in the Washington County School District in St. George, Utah, parents demonstrated outside the district’s administrative offices against the state’s mask mandate in August. Later that day, students spoke at a football game asking the community to wear masks, as first reported by the Deseret (Utah) News and verified by Steven Dunham, the district’s director of communications.

Policies for wearing masks while in school buildings differ across the country, often with state or local agencies setting recommendations or rules and individual school districts determining whether to impose stricter policies. For instance, children ages birth through 8 in Indiana are exempt from wearing masks, according to a governor’s order, but the state Department of Health recommends all school children wear face masks unless seated at socially distanced desks.

Repercussions for violating mask policies can also vary. Some school districts will ask students who refuse to wear a mask to attend school online instead of in-person. Others may take non-disciplinary action, such as behavior contracts and reward systems, as is the approach in the Wake County Public School System in Cary, North Carolina. Only when those non-disciplinary and support interventions are ineffective does the district consider in-school or out-of-school suspensions, according to health protocols detailed on the district’s website.

Lawsuits challenging mask policies in schools have been filed in several states or school districts, with the grievances including claims of procedural errors and violations of free exercise, according to a review of the complaints.

For example, a Connecticut judge denied an emergency injunction to prevent schools in the state from requiring students to wear masks. The Connecticut Freedom Alliance is suing the Connecticut Department of Education, in part, because the group says the practice of wearing masks is harmful to children. Superior Court Judge Thomas G. Moukawsher ruled otherwise, writing, “Indeed, there is very little evidence of harm at all and a wide ranging medical consensus that it is safe.”

Attorney Patrick Leduc has sued five school districts in Florida on behalf of parents claiming students who are asked to attend virtual learning because they aren’t following the mask rules are subjected to a "separate and unequal" education. The lawsuits also said students are being denied their fundamental right to an education under the Florida Constitution because the mask mandates are not based on a compelling interest and the regulation itself is not narrowly tailored to meet that interest, he said.

Additionally, Leduc said the mask requirements, as regulated by the school boards, interfere with a parents’ constitutional right to make medical decisions for their children.

“My lawsuit seeks to empower parents whose love for their children is more than the school board’s,” Leduc said.

Jose Martín, an attorney with Richards, Lindsay & Martín law firm in Austin, Texas, who represents school districts, said school systems shouldn’t be concerned about litigation over mask disputes if they follow the guidelines from the Centers for Disease Control and Prevention (CDC).

Explaining further, he said courts tend to defer to authoritative agencies, especially when it applies to the safety and welfare of the school community.

“Free speech is different for students [in schools] than for other citizens, as their free speech rights must be balanced with schools’ prerogatives to maintain an orderly and safe learning environment,” Martín said. School systems have the authority to set policies that create safe learning environments as they see fit, and as long as those policies aren’t discriminatory, he said.

School districts have made exceptions to mask policies for students who, because of their young age or disability, or because a certain activity taking place, such as running, may be unable to be safely performed while properly wearing face coverings.

Guidance from the CDC acknowledges these special circumstances and advises schools to consider adaptations and alternatives to reduce risk of exposure to the virus when a student is unable to wear a mask. Adaptations could include social distancing measures and consultation with a healthcare provider for individual circumstances.

The U.S. Department of Education’s Office for Civil Rights also recognizes special circumstances when mask wearing is not possible, particularly when enforcement impedes a child with a disability from receiving “free appropriate public education.” In those cases, OCR recommends schools make modifications that are consistent with the health, safety and well-being of all students and staff, according to a Q&A issued Sept. 28.

In general, the CDC advocates for the use of masks in schools and has recently issued a scientific brief that says, in general, face coverings can reduce exposure to the virus for both the wearer and those nearby.

Joel, the Lincoln Public Schools superintendent, said his district is following the advice from medical experts regarding safety protocols for in-person learning, and the policy is adjusted when needed. He said compliance with mask wearing in schools has been strong because of “major messaging” about the rules, and because teachers have been diligent with reminding students how to properly wear their masks.

Some parents have spoken out during school board meetings against mask wearing, but Joel said parents do have a choice to comply with the rules for in-person learning or have their children attend school online. “We’re doing the best we can,” he said.

In the North Shore School District, the ease of compliance with mask wearing is credited to robust communications before in-person learning began and because of the desire of students and staff to be back together safely, said Lubelfeld.

Before the school year began in September, teachers and principals sent video messages to students to welcome them to the new school year. The videos included images and messages about mask wearing and social distancing, Lubelfeld said.

Also, there was buy-in for the safety measures because parents and students were eager for in-person learning, he said. “Kids literally were being grateful to be back on campus again,” he said.

The district had to transition back to all virtual learning in late October when COVID-19 cases increased in the community. When the district resumes face-to-face classes, Lubelfeld expects there will be more communication about the need for masks, and that there will be the same level of abidance.

“It really was a nonissue, thank goodness,” he said.