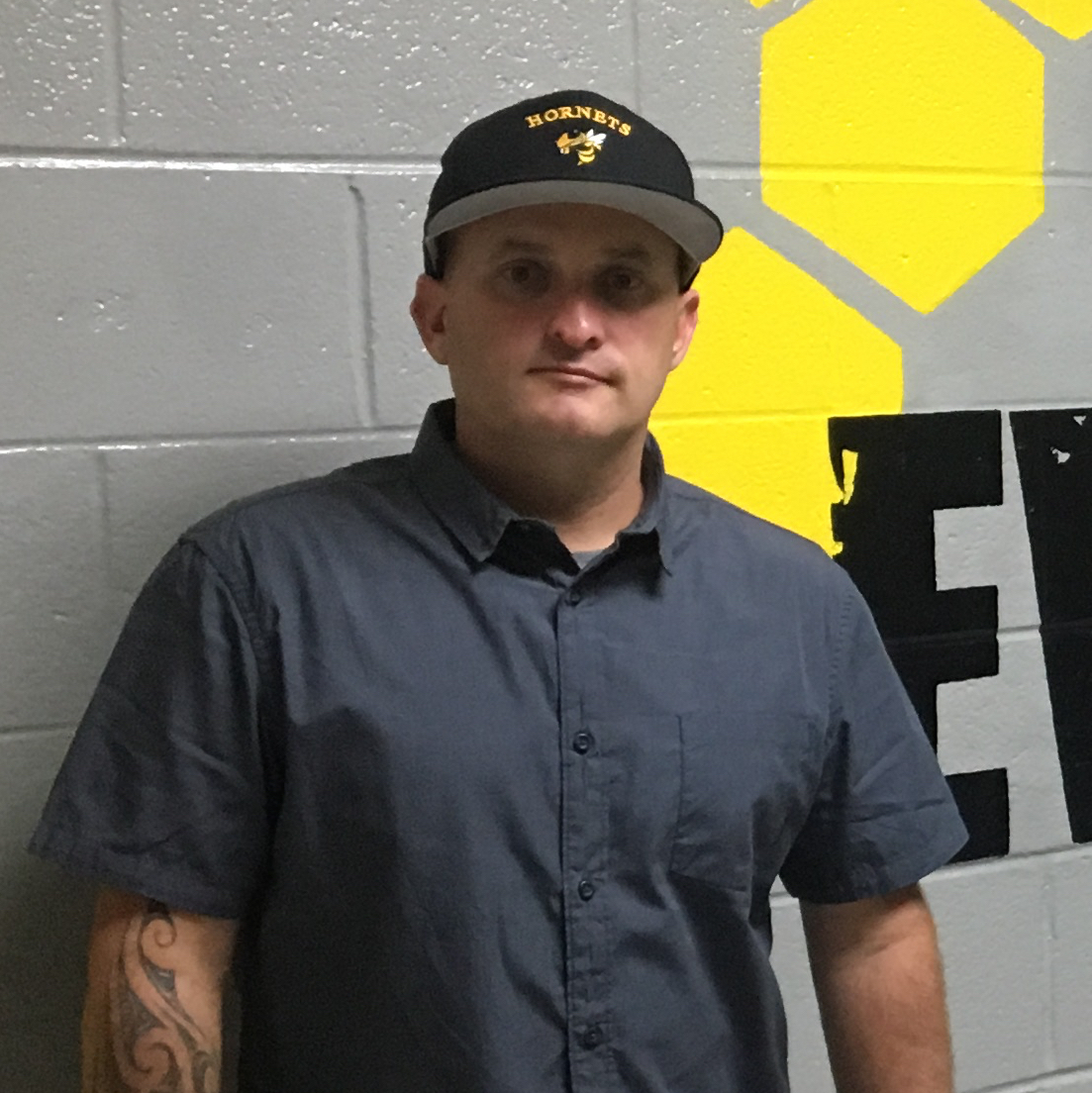 You show me a kid that can't learn, I've just met a teacher that gave up on 'em.

Tony Hawk has recognized Brewer's work with a donated skateboard that hangs outside his office, and companies like Vivinit Solar and Element have donated skateboards that students are given opportunities to earn.

From the outside, it looks like any other school building. But take a walk down the halls of Fred Lynn Middle School in Woodbridge, Virginia, and you'll immediately notice it's unlike pretty much any other school you've ever been in.

The halls are decorated with graffiti murals — one featuring prominent, inspirational historical figures like Martin Luther King Jr. and Mahatma Ghandi, another depicting a boxing ring with "ONE MORE ROUND" above it, and another demarcating Principal Hamish Brewer's office, located in the middle of the school rather than in some administrative corner.

And if you time your visit right, you might even see the tattooed Brewer skateboarding down the hallways. (His office is also marked by a skateboard rack to the right of the door, and students are occasionally given the opportunity to earn a board — many of which are donated by companies like Vivinit Solar and Element — of their own.)

But there's more to Brewer than the murals, skateboards and tattoos. The bombastic principal's most notable trait, and the key to his success, is his relentless passion to motivate his students to succeed, no matter the circumstances in their lives.

Brewer has experienced the very scenario his students, many of whom are from low-income families and underrepresented demographics, often face. He grew up in New Zealand in a broken home, "around too much drugs and alcohol and things like that, and thought it was normal right up until I realized I couldn't have play dates."

"Stuff was happening in the house that wasn't normal, and I struggled at high school. I failed exams and repeated years," he told us. "And too many people kept saying, 'You're not smart enough. You can't do this,' or 'You can't do that.'"

Hearing those words too many times ultimately lit a fire that now drives him to do everything in his power to give his students opportunities he wasn't afforded. During Education Dive's visit to Fred Lynn, history teacher Jonathan Alsheimer told us that Brewer consistently brings an overwhelming positivity to all that he does in the school.

While it could be easy to write off the murals, skateboarding and tattoos as a gimmick, Brewer's approach produces results. He:

The key? Authenticity. Kids can see through a gimmick, Brewer told us, but being upfront and true to who he is helps them relate to him on an individual level, whether they're stopping into his office to talk or just passing him in the halls. Those efforts, and others, have served to re-engage students in the learning process.

"In my last two schools, I built complete book rooms full of books that kids can engage in for focused instructional reading," Brewer said. "Give your teachers the tools to be successful. Hire amazing people that believe the same stuff, too."

Also central to his approach is a focus on giving students a voice and encouraging a community mentality built around compassion and concern for one another, along with the legacy each student wants to leave.

"Mr. Brewer is high energy and constantly calls upon his students to 'Be Relentless,'" Prince William County Superintendent Steve Walts told Education Dive. "He has become known as an education leader who transcends the status quo and typical educational norms."

As for the future, Brewer wants to see his approach spread.

"I think what's important to me is that people see the passion and they see that it's bigger than just teaching math and writing," he said. "We're changing the outcome of entire communities. I'm trying to use myself and the work I've done over the last 10 years, 20 years as a vehicle to inspire others to do the same thing in their community. That drives me to want to do more because it's working and because I'm seeing change all around the world because of the work we've done."

View all | Post a press release
Frontline Education and interviewstream Form Official Partnership to Strengthen K-12 Recruitin…
From Frontline Education
Catalyze Challenge Awards Over $5 Million To Innovative And Equitable Solutions That Bridge Th…
From Catalyze Challenge
Holdsworth Communications and DiveWire to host: How to Amplify Your School’s Brand Through Dig…
From DiveWire by Industry Dive
SkillSurvey Announces Integration with NEOGOV to Speed Hiring with Digital Reference Assessmen…
From SkillSurvey
Editors' picks
Latest in K-12
© 2022 Industry Dive. All rights reserved. | View our other publications | Privacy policy | Terms of use | Take down policy.
Cookie Preferences / Do Not Sell