In a turbulent political climate, civics is crucial to helping students engage with and process the world around them

By
Shalina Chatlani
and
Autumn A. Arnett

​U.S. Supreme Court Justice Sotomayor joined a group of experts Thursday to discuss the importance of enriching civics education in order to advance not only political knowledge, but also social equality. Among the many topics speakers discussed at the "Democracy at a Crossroads" event, held at the Newseum, they all emphasized this point: a good civics education and background is critical to graduating students who know how to engage in our society.

In the wake of the 2016 election of President Donald Trump — and the subsequent student protests and free speech concerns that proliferated throughout colleges and K-12 schools — those inside and outside the education industry realized that students — and their teachers — may not be adequately prepared to discuss and engage with sensitive political topics. Data from the National Center for Educational Statistics' 2011-12 School and Staffing survey, for example, shows that out of more than two million high school students that year, 92.9% were taught by government/civics teachers who didn't have a major in that subject area. And of those, 78.3% did not have the certification to teach a civics course.

One of the greatest barriers to the promotion of civics education is that students often may not resonate with the material or find it engaging.

"You want to leverage the power of everything young people care about, right, and [technology] is one of the things they care about. School provides also an opportunity to make the most of a powerful tool," Joseph Kahne, professor and Dutton Presidential Chair at The University of California, Riverside, said about the power of using technology in civics instruction.

Louise Dube, the executive director of iCivics, an organization founded by former U.S. Supreme Court Justice Sandra Day O'Connor to promote civics education, added that if the goal in enriching civics knowledge generally is to promote it across all groups, schools are where this can happen.

If your goal is scale.. across racial, gender.. then you're going to have to go through schools

"[Schools] are one of the only public institutions that touches almost every kid. If your goal is scale, is to touch across racial, gender, every line, then you're going to have to go through schools," she said.

Walter Parker, a professor at the University of Washington, has been instrumental in helping to revamp AP Government courses to promote higher engagement with the course material to promote a deeper understanding of civics concepts beyond just "teaching to the test."

Taking a simulation-based approach to civics education, Parker and his colleagues have developed a model in which "students are constantly in roles," he said.

"A simulated constitutional convention in Philadelphia will last about two weeks. Then we’ll jump to a present-day" political-convention. There's a presupposition that students will read their textbooks and even seek out additional information on the internet without prompting, because "we create a need to know by putting people in simulations fast," he said.

The result means students can apply concepts across centuries and they are thinking more critically about the topics introduced. "If you have a pretty good understanding of the federalist/anti-federalist debate, you should be able to draw examples from the last 200 years, maybe ending in policies on same-sex marriage, or maybe ending in the ... debate over the legalization of marijuana — why is there a federal law for same-sex marriage, but no federal law for the legalization of marijuana?"

Sotomayor recalled how, as a woman who made it to a leadership position in legal affairs, one of her most influential role models was O'Connor, who she says was able to make a difference from her high levels of involvement — and that civics needs more of this deliberate, collaborative push.

She said there needs to be deeper efforts to help others understand "the importance of [students'] involvement in community building [...] That's what law is about, that's what government is about. It's about regulating our relationships with each other. We think of that sometimes as morality [but] morality plays one role, and it's greater than law, because law sets a minimum standard of how we treat each other."

"But that minimum is so critical to how we interact with one another and how we help one another," she continued. "And that issue is one where we have to become involved in order to create a more perfect union. Without it, we never will. So for me, civics education is the key to inspiring kids to want to stay involved."

In an earlier discussion, Kahne voiced similar sentiments, explaining that teaching a curriculum isn't enough to advance tolerance for diverse viewpoints, which is necessary in driving equity. That comes with targeted teaching that gets students interested in looking for different views.

"There is something about teaching, too, so when teachers do lessons on how to find diverse perspectives online [...]  kids go out and get exposed to diverse perspectives during their discretionary times to a much greater degree than they do when kids don't get that experience," explained Kahne.

Promoting an ethos of democratic thinking is also important at the higher education level so that students will learn how to collaborate and engage with others, explained Sotomayor.

We can't assume that because people are in college, they actually take an interest in civic education

"Sometimes in colleges and professional schools, it's harder to get people engaged if they didn't start out that way [...] We can't assume that just because people are in college, that they are actually taking an interest in civic education or have civic knowledge," she said. "So, I think every institution is obligated to look at it not only as a subject that every student takes in school, but as as an ethos that schools can create. Schools have to be involved in promoting this as a concept."

'The reason for college is not financial'

The justice added that civics education should be emphasized at the higher education level to help students know how to engage and support other people — a factor that is also critical in graduating students that are more prepared to drive efforts at promoting equity.

"The reason for college is not financial," said Sotomayor. "What college does is give you knowledge about the world and that has an intrinsic value that services you as a human being no matter what kind of work you're doing during the day," she said. "That ability to become a better person, to become a more curious human being, to have more active knowledge so that you can act or choose not to act in the world, but by choice. That's the value of education."

Daniel Stid, Director of the Madison Initiative at the William and Flora Hewlett Foundation, said there is an opportunity for higher ed leaders to capitalize on the current climate to promote a better understanding of civic process.

"One thing we can build on is the incredible activation of civic life and protests ... It’s quite clear that kind of business as usual is just not acceptable to vast swaths of the public," he said.

"The reason for college is not financial, what college gives you is knowledge about the world"-Sotomayor

Constitutional expert Jeffrey Rosen said the key to a successful civics program is "not engaging policy issues at all."

"People disagree strongly about policy, and we’re not going to try to teach it," he said. "Take an issue like hate speech on campus — how can you debate it in a civil way? You teach it through the constitutional [context], and once you’ve identified the history, told the story of the sedition act … then you can engage the harder question of should hate speech count as emotional violence?"

Stid said equally important is "getting people to consider taking responsibility … I think that is also something that we can build on. I think one thing that we also need to pay attention to is the civic leadership of ppl in positions of power — the way that that unfolds around the country."
He also highlighted the importance of "holding leaders accountable — moreso than we have to this point. Leaders can either elevate and uphold ideas that all of us can rally around, or they can lead us in another direction."
Filed Under: Higher Ed, K-12, Policy & Regulation 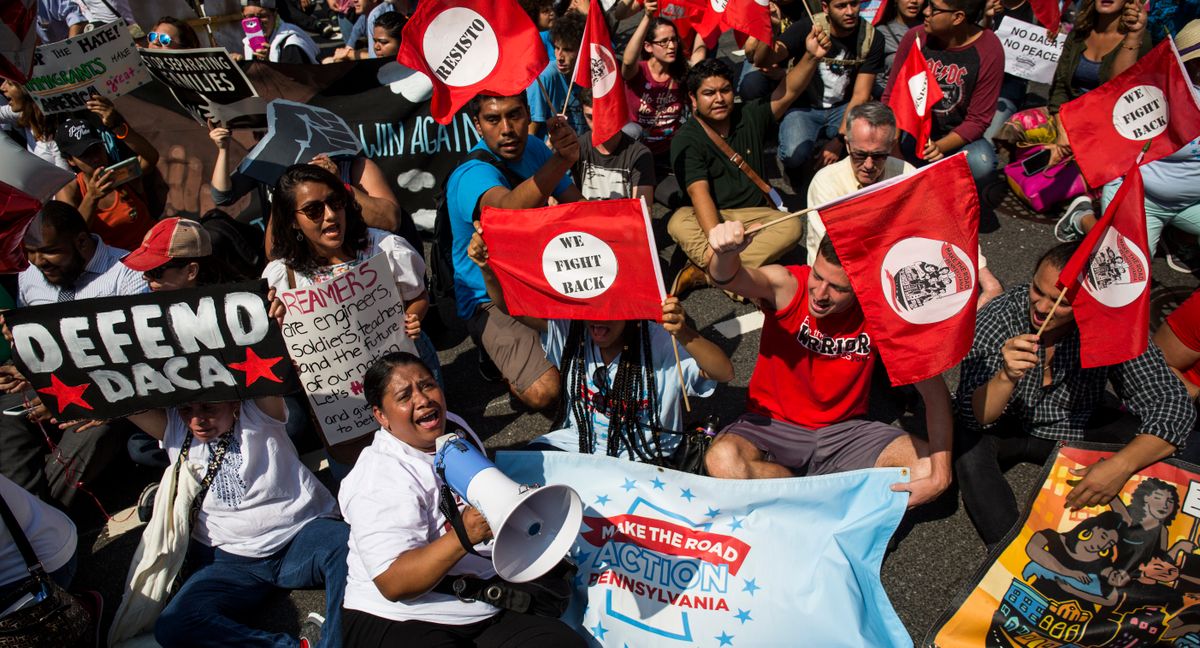 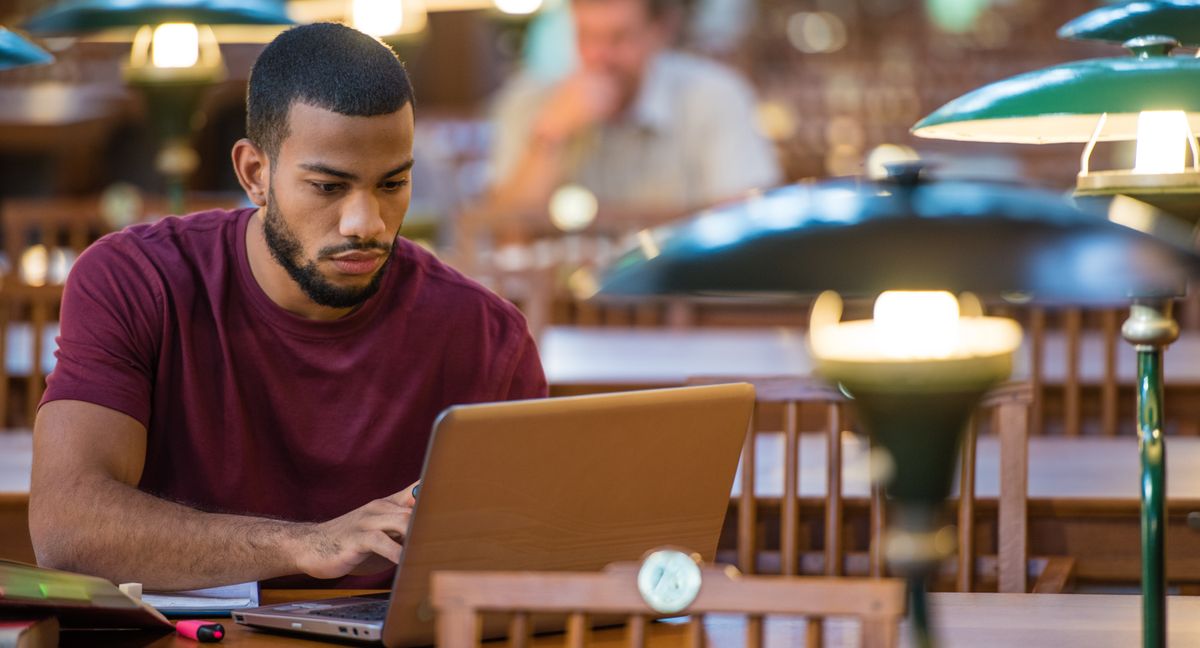 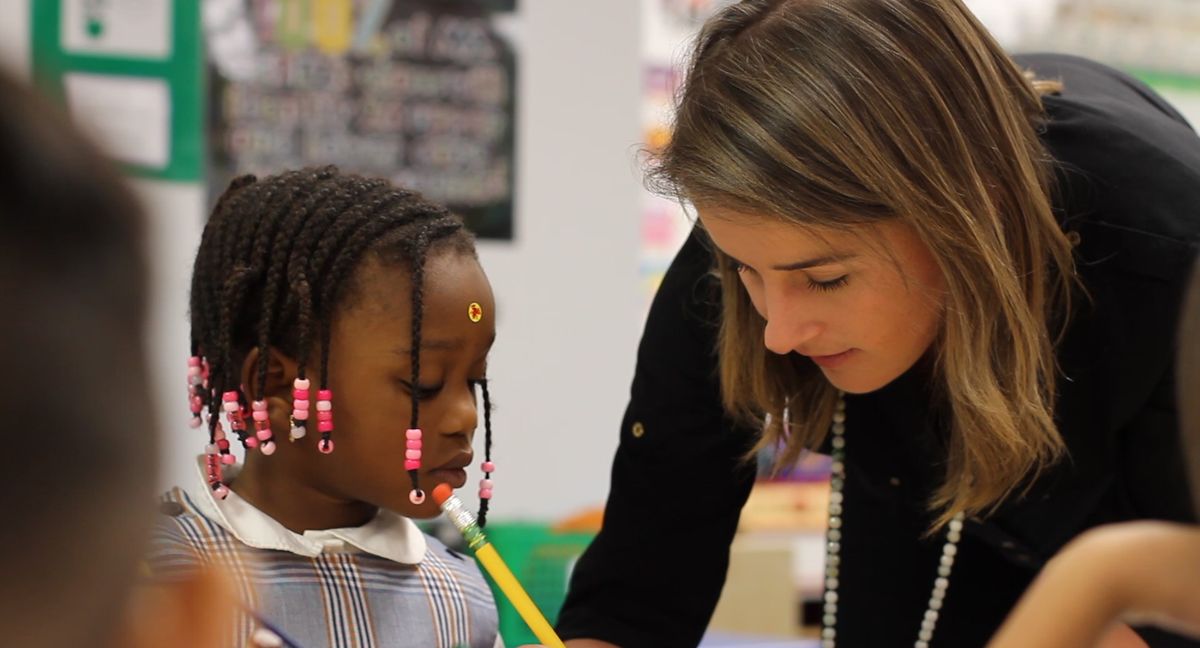 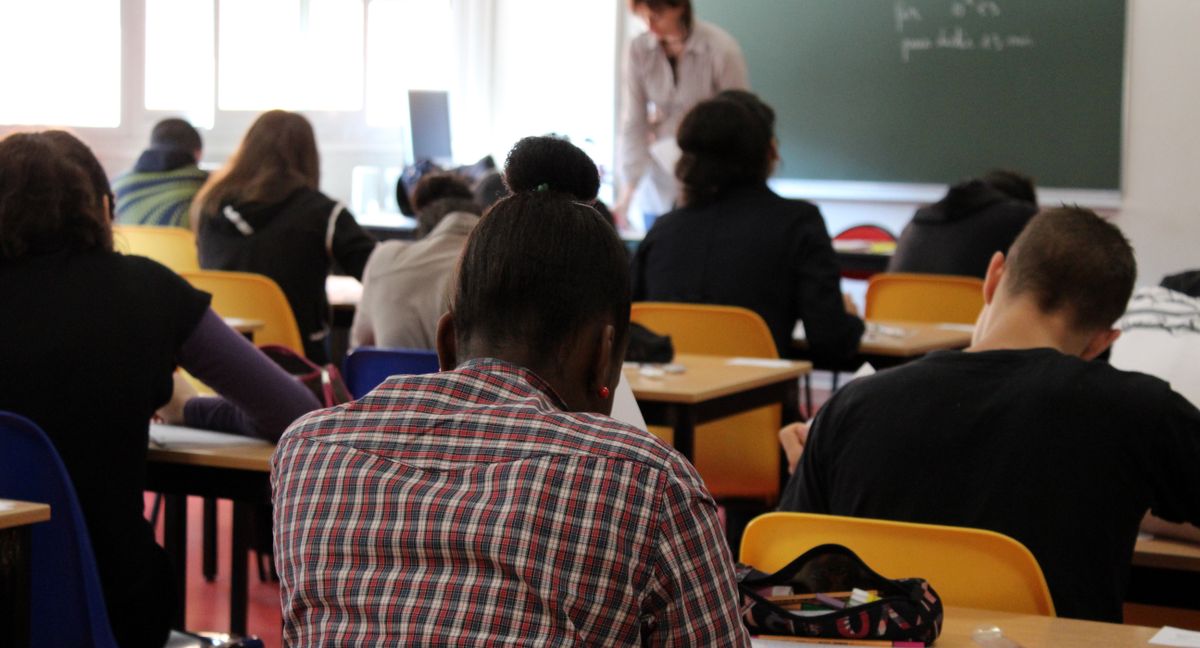 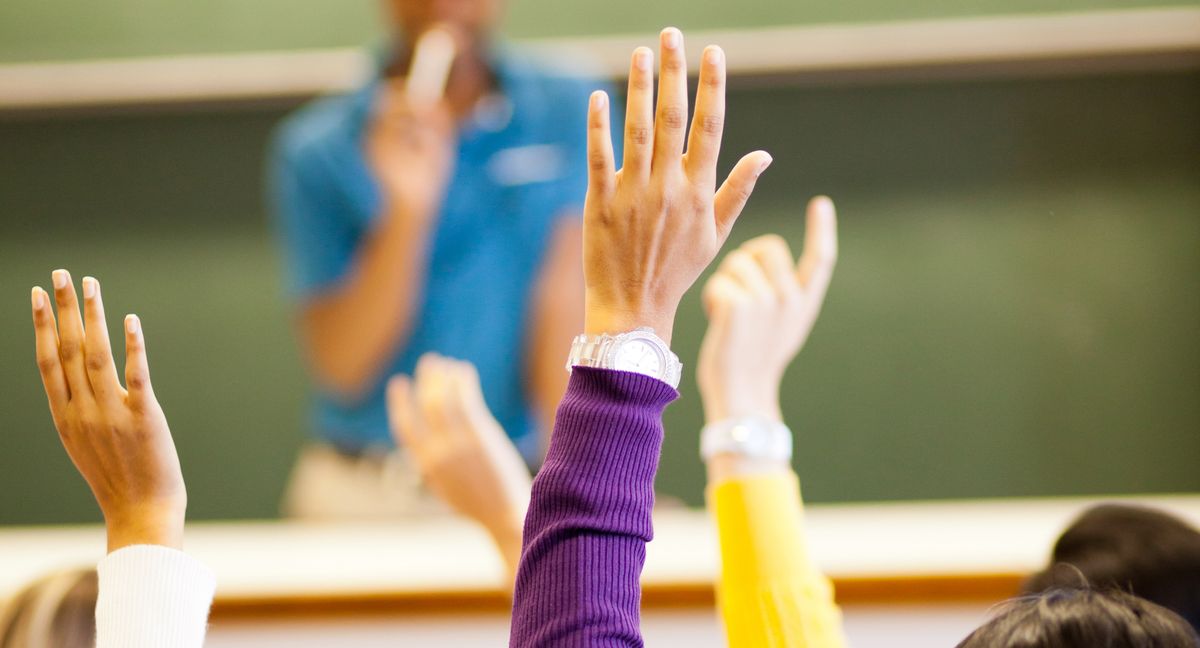 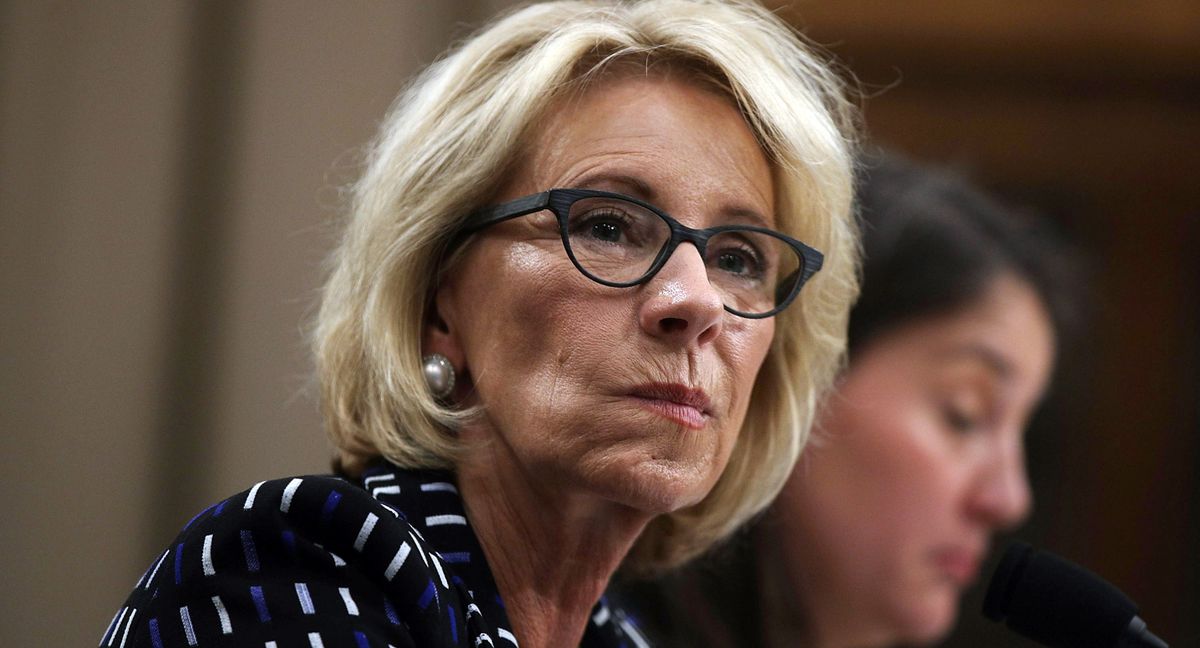 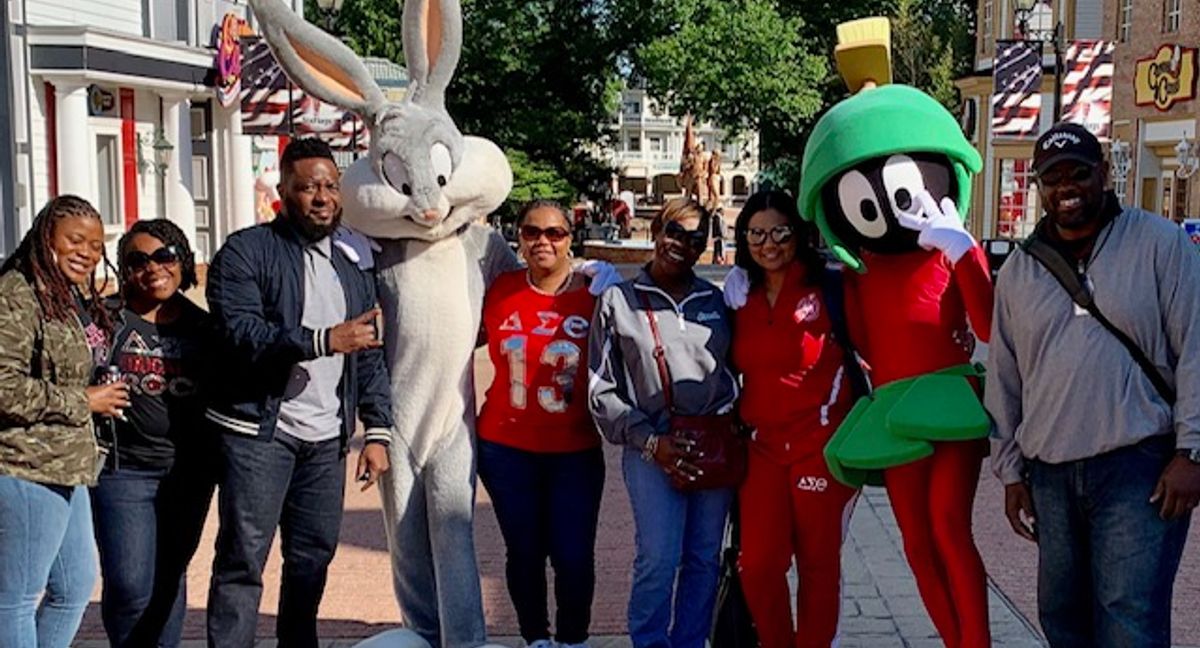 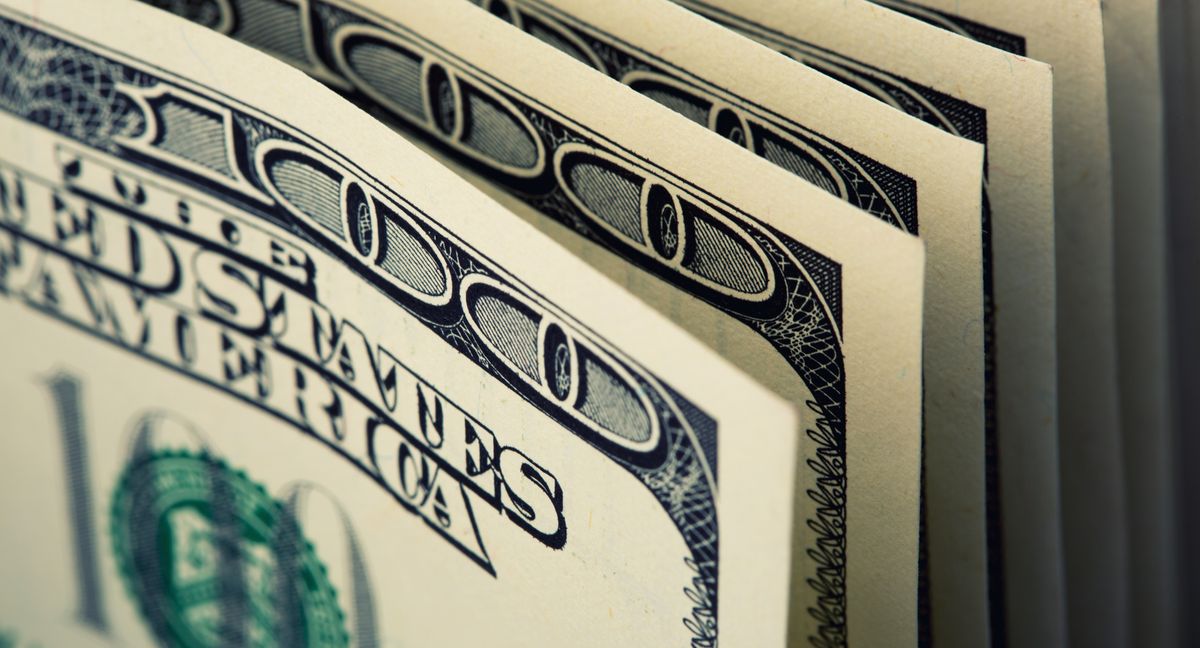