With Joe Biden, Elizabeth Warren and Bernie Sanders currently topping the polls, here's what we know about their plans for the nation's schools.

With the pool of 2020 Democratic presidential candidates quickly narrowing and several states canceling GOP primaries ahead of next year's elections, those on the frontlines of the presidential race have proposed myriad policy changes on hot topics like gun violence, affordable housing and the changing job market.

New Iowa poll numbers show that, out of the many candidates vying for the Democratic nomination, Massachusetts Sen. Elizabeth Warren is leading with the most popular voter choice at 22%, followed by former Vice President Joe Biden at 20% and trailed by Sen. Bernie Sanders of Vermont (11%).

While a handful of candidates' higher education plans have made headlines recently, not many have released comprehensive K-12 policy platforms. Still, candidates have touched on topics like teacher pay, charter schools and special education funding. 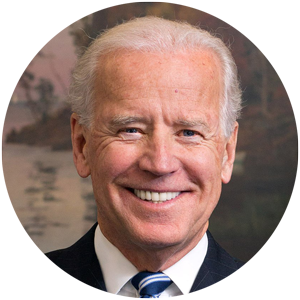 The former vice president is one of the few to announce a detailed K-12 education policy proposal, which he released ahead of a forum hosted by the American Federation of Teachers in May.

The plan also supports desegregation by providing grants to school districts that can create strategies diversifying schools and says that, if elected, the former vice president would fully fund the Individuals with Disabilities Education Act — a 1990 federal law designed to support education for students with disabilities that has consistently been left underfunded by Congress — within a decade.

The plan also promises funding for school districts to create professional development programs and for teachers earning certification in "high-demand areas," like special or bilingual education.

Despite his recent strong appeal to educators serving lower-income schools and promise to support equitable education, the former vice president and Delaware senator has been criticized for past actions that would suggest the opposite. Biden previously voted against federally mandated busing to racially integrate schools in the 1970s, supported an amendment that would prevent the Department of Health, Education and Welfare from collecting data on the racial backgrounds of students and teachers, and has also been criticized by other presidential candidates like Cory Booker and New York City Mayor Bill de Blasio for bragging about working with "segregationist senators," as a way to reach consensus.

While Biden's plan evaded divisive issues within the Democratic party like support for charter schools, a campaign spokesperson said he would ban the for-profit versions (which currently account for less than 15% of charter schools across the country) and that he thinks charter schools overall need increased accountability.

At various forums, Biden has also discussed proposing $100 billion in school repairs, investing in universal preschool, and ensuring that his pick for secretary of education is an educator. 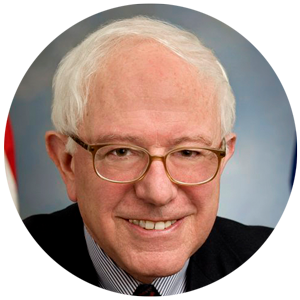 Despite his now harsh criticism of charter schools, he previously voted to increase federal funding for charters to $100 million and to expand successful charters as senator of Vermont in 1998.

Sanders also criticizes the federal practice of funding based on standardized test scores as a driver of increased disparities between communities, and suggests pouring $5 billion annually into career and technical education while also funding arts, foreign language and music education.

The Vermont senator has promised to ensure IDEA is at least 50% funded — compared to the current 14% — and to address teacher shortages in special education specifically.

Overall, the presidential candidate promises to work with states to increase teacher pay, ambitiously set a starting salary of at least $60,000, and create a grant program that would provide teachers with funds to use for classroom materials.

In opposition to Trump's proposed $2 billion cuts in federal funding for after-school and summer learning programs, Sanders says he would invest $5 billion on an annual basis to expand access to such programs.

Supporters of Sanders' plan have called it "progressive" and one to "reshape the American public education system," while critics have said that his plan is simply an attempt to distinguish himself from Warren, who trails him in the polls and released a comprehensive higher education policy plan. 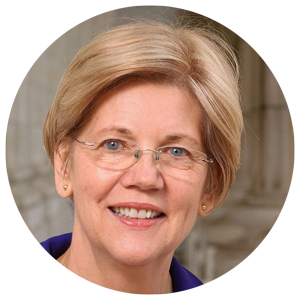 Warren has expressed support for universal preschool and other early education programs that she would fund through a 2% tax on the nation's wealthiest Americans. At the second Democratic candidate debate, Warren said she would also raise the wages of preschool teachers and child care workers.

In her closing statements at the event, she said, "Every budget, every policy that we talk about is about who's going to get opportunity. Is it going to go to the billionaires? Or is it going to go to our kids?" However, Warren has not yet released an official K-12 policy plan.

The senator for Massachusetts told The Washington Post that she would support federal courts and agencies being more aggressive in their desegregation efforts for schools and districts. "I support legislation to dedicate tens of millions of federal dollars to provide competitive grants to local educational agencies to improve diversity or eliminate socioeconomic or racial isolation in public schools," Warren said. "That would include federal dollars for agencies that wished to use busing to achieve these goals. In addition, if localities are not taking action to desegregate schools, I believe the federal government has a constitutional obligation to step in to deliver on the promise of Brown v. Board, including, if necessary, busing.”

She also expressed that she would ban for-profit charters, in line with a handful of other prominent candidates including Biden and Sanders.

At a forum hosted by the National Education Association, Warren said she would support stronger teacher unions and make it easier for teachers to join them. She has also on numerous occasions referred to her background as a special education teacher, and, in response to Betsy DeVos' nomination, has said that her pick for education secretary would also be a former school teacher. 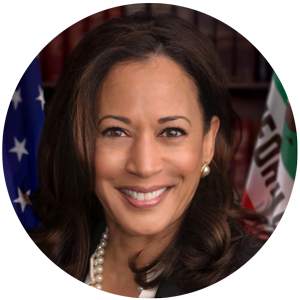 While the former attorney general of California and senator has not released a K-12 policy plan, she has been an advocate of raising teacher pay.

"The teacher pay gap is a national failure that demands a bold, national response," Harris states on her website. In what she calls the "largest federal investment in teacher pay in U.S. history," she proposes giving the average public school teacher a $13,500 raise and having U.S. Department of Education work with states to set starting salaries according to similarly educated professionals in other fields.

Harris says her teacher pay proposal would take into account "decades of inequality" and would specifically target high-need schools that disproportionately serve students of color. Over a decade, Harris would spend about $315 billion in federal funds to bridge wage gaps.

Although Harris has stepped out in the race as one of the only prominent women of color and has countered Biden's anti-busing record with her own stories as an African American girl affected by segregation, critics have pointed out her controversial record on criminal justice and have coined her approach in California as prosecutor, district attorney and attorney general as "anti-reform."

At forums, Harris has also expressed support for fully funding IDEA and is also the co-sponsor of a bill that would reauthorize the federal law.

Addressing gun violence and school safety, the Democratic senator of California said she would give "Congress 100 days to pull their act together on this and put a bill on my desk for signature."

Historically, the Democratic party as a whole has had a mercurial K-12 platform. Former President Barack Obama pushed a handful of top-down K-12 reform initiatives, including Race to the Top grants attached to the adoption of Common Core State Standards and high-stakes accountability initiatives.

During his 2008 bid against then-candidate John McCain, Obama also promised to double the funding for charter schools, a promise he later made good on by significantly expanding the public school alternatives. Between 2008 and 2014, charter school enrollment nearly doubled.

The former president's secretary of education, Arne Duncan, also significantly shifted the Democratic policy that opposes the use of test scores in teacher and principal evaluations by allowing states to receive waivers from parts of the No Child Left Behind Act if they pledged to develop teacher evaluation systems that included student test scores.

The waiver agreements, first announced in 2011, were granted to 34 states and the District of Columbia for the 2012-13 school year, and that number climbed to 43 states by 2015.