There is perhaps no hotter topic in public education today than education reform. Spearheaded by policymakers and private investors, the modern reform movement's efforts—which include increased standardized testing, test-based evaluation of educators and widespread implementation of charter schools, among other things—are increasingly seen by a segment of the population as part of a larger goal to privatize America's public school system.

Lately, these efforts have experienced backlash on a local level, most recently in Bridgeport, Conn., where residents soundly voted out three school board members supporting noted reformer and superintendent Paul Vallas, known for replacing public schools with charters in post-Katrina New Orleans. The anti-reform movement also has significant supporters, from noted researchers and thought leaders to one-time reformers and policymakers.

So what's wrong with education reform? Here are five key arguments against the movement: 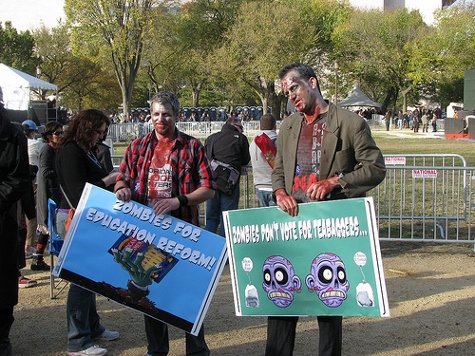 1. NAEP SCORES HAVE NEVER BEEN BETTER

In her latest book, "Reign of Error: The Hoax of the Privatization Movement and the Danger to America's Public Schools," New York University education professor Diane Ravitch argues that scores on the National Assessment of Educational Progress have never been better. It's a bold-but-valid claim by the former reformer who served as assistant secretary of education under George H.W. Bush. If you don't take a close look, the NAEP scores do look flat (though slowly rising), but closer inspection reveals positive increases in scores across students of all ethnicities—and even some achievement gap shrinkage.

2. THE PUBLIC SCHOOL DROPOUT RATE IS THE LOWEST IN 40 YEARS

"Reign of Error" also addresses the nation's high school dropout rate—which is the lowest it has been in 40 years. In June, Education Week reported that the U.S. high school graduation rate is nearly 75%. Some states made huge gains, like Tennessee's 31.5% jump, between 2000 and 2010, and Vermont leads the nation with an 85% graduation rate. Still, parts of the country lag, with the District of Columbia notably having only a 57% graduation rate, and around 1 million students still didn't graduate this year, but there are likely also regional factors impacting these numbers. For example, top-ranked Vermont is more affluent than bottom-ranked D.C.

Speaking of affluence, in The Public School Advantage, University of Illinois Professors Christopher and Sarah Lubienski find that private and charter schools tend to report higher scores because their students mostly come from families that are better off financially. Naturally, those families have more time and resources, like technology, to invest in giving their children an advantage in the classroom. On her blog, Diane Ravitch also points out a study by Bruce Baker, calling attention to statistics showing that charters in New York and Houston enroll fewer students with disabilities and English language learners than public schools. She does point out, however, that despite seeming like the status quo, this isn't the case for all charters. Regardless, students who are easier to educate because of advantages at home aren't necessarily being taught better or learning more at school.

4. THERE IS NO PANACEA FOR IMPROVEMENT

Let's face it—the U.S. is a huge country with numerous factors (socio-economic gaps being a huge one) that have varying impacts depending on the region. A one-size-fits-all, fast solution for everything is probably just not practical, no matter how much money corporate investors throw at reforms. Still, that hasn't stopped the belief that providing more charter schools or that failing districts can fire their way to success using tests as a standard for teacher performance. Additionally, the independence from the state enjoyed by private and charter schools may contribute to a lack of improvement, as many still reportedly focus on rote memorization rather than problem solving and invest more in marketing than instruction so they can attract the aforementioned students.

True reform, it seems, takes time. At least that's what you can gather from Massachusetts, which is now producing some of the world's best students 20 years after instituting its own reforms, part of which focused on sending more money to lower-income urban schools—something detractors of "corporate reform" commonly argue it doesn't focus enough on.

5. TEACH FOR AMERICA RECRUITS DO WORSE THAN CREDENTIALED UNION TEACHERS

Teach for America's cause—sending recent college graduates to low-income communities nationwide so they can help close achievement gaps—seems noble enough, but the anti-reform movement has several bones to pick with the practice. Writing for Slate, Tulane University Professor and former Teach for America corps member Catherine Michna outlines several of these issues: The students have no education training or experience and are often unprepared and they contribute to the firing of more expensive certified (and union) teachers in favor of cheaper staff, additionally displacing veteran teachers of color from those neighborhood schools. Furthermore, she points out that aside from being co-opted by corporate reformers as a union-busting, school-privatizing organization, Teach for America corps members now end up in charter schools with fewer veteran teachers to help guide them, and research doesn't back up claims that they're just as good as those certified teachers. Michna, like Ravitch, argues that those joining the organization would be better served as paid teacher's aides instead of teachers.

Would you like to see more education news like this in your inbox on a daily basis? Subscribe to our Education Dive email newsletter! You may also want to read Education Dive's look at 4 lessons L.A.'s iPad rollout can teach everyone​.