Less than a year after the launch of its iOS app, online teaching and learning marketplace Udemy announced Wednesday that its platform is now available on Android devices. The launch is part of the company's mobile expansion, making it possible for the billion-plus Android users worldwide to access a 10,000-course library of skill-based educational content.

In a release, President and COO Dennis Yang heralded the app putting the company one step closer to making it possible for anyone, anywhere to learn anything — even if they don't have access to a computer. We caught up with Yang at CES 2014 in Las Vegas last week as he prepared to speak on a TransformingEDU lifelong learning panel, and he elaborated on the possibilities presented by the Android app, the future of mobile learning and his company's overall place in the MOOC movement. 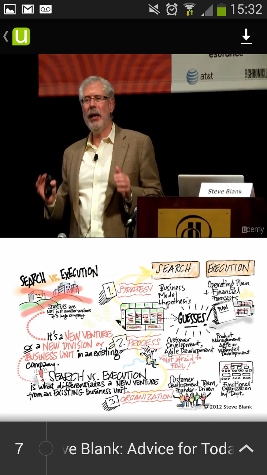 EDUCATION DIVE: To start out, can you tell me about the new Android offering?

DENNIS YANG: Sure. So we’ve had iOS support, both iPhone and iPad, for a little while now. We did that first just because when we went back to our users originally and we asked them about mobile and what platform they support, it was iOS back then. But now, Android is one of the top-requested features, if you will. We’ll be supporting, basically, Android 4.0 and above, which is about 75% of all the activations out there — both phone, as well as tablet.

It’ll be great not only for students within the U.S., but also students outside the U.S. given the sheer number. There’s like a billion activations of Android around the world —​ especially in countries where a lot of students experience Internet only through a mobile device —​ so it’ll be nice to actually reach them on a mobile device. That’s just gotta be the way to go if you really want to reach a global audience.

And along those lines, what’s the overall plan right now for Udemy’s mobile expansion?

Given our students tend to be more adults rather than teenagers or kids, they’re busy. They’ve got careers. They’ve got family. They’ve got stuff going on. So, having a mobile offering is really important — especially one that’s self-paced and not cohort-paced like the “traditional MOOCs,” if you will. They need to be able to control their own medium, and they typically incorporate learning within an existing ritual that they already have, like a commute.

So they’re learning on the go. It’s not necessarily during work hours. But it’s important — just like with everything that you see here, everybody wants to control their own media. That’s basically what a DVR is. “I wanna do it when I wanna do it, when I have the time.”  The other important thing is that we do allow the capability for students to download individual lectures or courses.

The last thing I would say is that we’re setting the stage for international expansion. That is something that we want to do more of, and it’s really hard to do if you expect everyone around the world to have a really high-quality bandwidth broadband connection on a desktop. 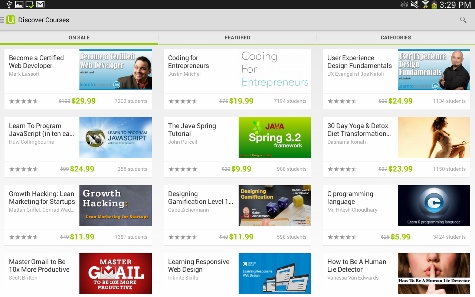 Where mobile learning is concerned in the next few years, do you see it overtaking online learning on laptops and desktops?

YANG: It definitely could. 25% of our students right now have downloaded an iOS app and usage is going up dramatically. So, I wouldn’t be surprised. What time period that is, I couldn’t tell you, but that’s certainly within the realm of possibility.

But right now, desktop and laptop are still the primary platforms students use?

YANG: We are today. But over time, especially since we don’t support Android today, if you put them together and add a few years, I wouldn’t be surprised [if mobile becomes the primary platform].

Do you see Udemy fitting into the overall MOOC movement, or do you see it separate from that?

YANG: That’s a great question. We’re sort of a cousin. How distant of a cousin is up for debate.

There are really four differences. One is we are a marketplace. So, any expert, author, industry executive, faculty member, school publisher can create a course, versus limiting it only to academic professors within higher education at elite universities.

The second piece is the focus of our content tends to be skill-based, practical knowledge, as well as personal enrichment or casual interest, and less traditional academia. So less formal academic content, but much more practical things that you need for a career. Things they didn’t teach you in school, but you need or want to know. So, if you want to go into financial services, how to use Microsoft Excel. Negotiations, communication, leadership — those kinds of things. How to hire great people. So that’s the second thing.

The last thing is because the nature of our content tends to be more career development-focused, we have a lot of companies using our platform. So we allow companies to have a tailored experience on our platform with a product called Udemy for Organizations, where companies or schools or nonprofits can create a private section on our site. That allows only their employees or students or members to log in. And it’s their look or feel, it’s co-branded, and they control the content creation.

So those are the big four differences between ourselves and MOOCs. 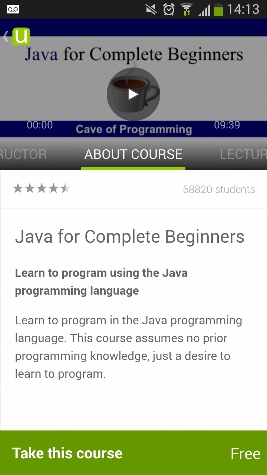 One of the big things in open online learning lately has been that data shows the people who are taking courses and actually completing them and really doing well are people who have already finished a degree. Is that, in a sense, the segment that Udemy is geared toward?

YANG: I’d say not necessarily. I think most of that is reflective of the nature of the content. Some of it just really has to do with where we are in the aggregate cycle of things. We are in the early, early stages of an evolution, if you will. So the early adopters may just so happen to be more educated as a result. That’s one piece.

More importantly, if we go back to the nature of the content, the people who are going to be drawn to artificial intelligence or robotics — they’re going to be pretty educated people, right? We’re not teaching them communicational skills related to a job in another country in a language taught by a local expert. If that’s the case, I think you might see a different population. I think it’s correlated, but it’s not necessarily causal.

Would you like to see more education news like this in your inbox on a daily basis? Subscribe to our Education Dive email newsletter! You may also want to read more of Education Dive's CES 2014 and TransformingEDU coverage, like our interview with Versal about its new collaboration tools.

View all | Post a press release
EarlyBird Education Raises Funding from Lobby Capital for Game-Based Pre-Literacy Assessment
From EarlyBird Education
Introducing Logitech Pen, Rechargeable Stylus for USI-enabled Chromebooks, Designed for Studen…
From Logitech
7 Mindsets Announces Investment by Gauge Capital
From 7 Mindsets
Effective School Solutions & The Kennedy Forum: Now is the Time to Take a More Prescriptive Ap…
From Effective School Solutions
Read next
© 2022 Industry Dive. All rights reserved. | View our other publications | Privacy policy | Terms of use | Take down policy.
We use cookies to optimize your experience on our website and for analytics and advertising purposes. By continuing to use our site, you agree to our cookie policy. Learn more
Accept