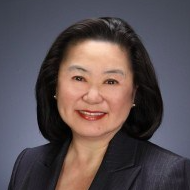 People just feel that there is a purpose for the union. This collaboration is very important to them.

In 2012, Sieu became the first woman and first Asian selected as superintendent of her district.

During that time, the graduation rate has climbed to 98% and the attendance rate is at 97%.

In November, the district passed its first bond issue in more than 20 years.

On the day the U.S. Supreme Court announced its decision in Janus v. American Federation of State and Municipal Employees, Mary Sieu, superintendent of the ABC Unified School District (ABCUSD), outside of Los Angeles, happened to be attending a California Labor Management Initiative institute in San Diego.

“We knew that was in the room, so we might as well talk about it,” Sieu said in an interview. Since that decision, however — in which the court ruled that requiring non-union members to pay agency or fair-share fees violates the First Amendment — very few teachers have opted out of paying fees to the ABC Federation of Teachers (ABCFT), an affiliate of the American Federation of Teachers.

“People just feel that there is a purpose for the union,” said Sieu, who has been superintendent since 2011. “This collaboration is very important to them.”

In a year when teachers across the country have been walking out in protest over pay, benefits and other school finance issues — and with some predicting the Janus decision to be a serious setback for public employee unions — partnerships between district leaders and employees set examples for how administrators and teachers can attend to working conditions while also improving outcomes for students.

Through the partnership with ABCFT, which began almost 20 years ago, the district boosted spending — including hiring bonuses for teachers — in struggling schools on the south side of the district, avoided layoffs during the recession, and gave teachers lead roles in implementing the Common Core State Standards.

And in ABCUSD, which draws its name from the formerly independent districts of Artesia, Bloomfield and Carmenita, Sieu has been an important part of maintaining that partnership.

“Mary was crucial in allowing us to have some kind of voice — even a larger voice — in Common Core,” Ray Gaer, ABCFT president said in an interview, adding that in recent years, she has also strengthened connections with community partners and residents of the seven cities the district serves. Building those bridges may have contributed to last month's passage of a $258 million bond issue, which will be used to upgrade and modernize schools, with special attention to preparing students for the workplace. "I think we're very college ready, but are we career ready?" Sieu asked.

Since 2009-10, the district’s graduation rate has increased from 88.4% to 98%, and students score well above the state average in both English language arts and math. The district has a 97% attendance rate, has expanded from 54 to 76 the number of career and technical education courses offered, and schools such as Artesia High have more teachers seeking to work there than they can hire.

“People are fighting for positions,” Principal Sergio Garcia said when he spoke this summer at the National Conference of State Legislatures’ summit during a session on closing the opportunity gap.

Sieu, however, still felt something was missing and that the district wasn’t doing enough to support students’ social-emotional development. It was actually because Sieu’s cabinet members meet regularly with the union’s executive board, as part of their ongoing partnership, that she learned more about positive behavioral interventions and supports (PBIS). One of the executive board members had been trained in using PBIS.

District leaders decided to pilot the model, and “it just took on at an amazing rate,” Sieu said, adding that because of the leadership of the union, teachers are more likely to see the benefits of PBIS practices. Now the district has two full-time PBIS coaches and has added social workers across the district, which Sieu sees as a support system for teachers.

The district also offers training in topics such as trauma-informed education to non-certified employees “to ensure that we have our staff culturally proficient,” Sieu said. Results from these efforts include the fact that the district hasn’t expelled any students in seven years, and the suspension rate for the 2016-17 school year was only 1.7%.

Sieu is “open and innovative, and has brought together teachers, parents, students, the board of education and staff to create positive change,” Debra Duardo, superintendent of the Los Angeles County Office of Education (LACOE), said in an email. ​LACOE named ABCUSD its 2018 California Exemplary School District.

“In surveys, parents overwhelmingly report they are encouraged to partner in their child’s education and that their input is actively sought by school administration before important decisions are made.”