Partnerships between the schools and the nonprofit connect learners to real-life business challenges and coaching from entrepreneurs and executives.

The challenge: Exposing students to career experiences while they are still in middle and high school can expand a student’s idea of their potential career pathways and stretch their knowledge about vital employability skills, such as teamwork, problem solving and persistence.

While many school systems offer career experiences for various licensed professions, it has been harder to provide hands-on training for corporate and entrepreneurial careers. That’s because it’s difficult for school systems to coordinate when and how students can observe or, better yet, participate in the product development, branding, marketing and promotion exercises of bringing a business proposal to life.

More commonly, schools invite entrepreneurs to speak to students about their jobs and responsibilities. Students may also review business case studies about how products are developed. While those approaches are helpful, they don’t provide the real-life experience that can benefit a student’s practical understanding of the creativity of the product development process.

Additionally, students of color and those from low-income families, in particular, may have less personal exposure to entrepreneurial careers and role models.

The approach: SuitUp, a nonprofit organization based in New York City, began holding in-person business competitions with local students in 2016 by partnering with school systems and corporations. Since the pandemic began, SuitUp has expanded nationwide by holding virtual competitions.

The competitions, which can be as short as 90 minutes or as long as several days, include three to five teams of five to eight students between the ages of 10 to 18 who participate free-of-charge, and two or more corporate executive volunteers whose companies pay SuitUp a fee to participate.

The teams all receive the same business challenge and are tasked with developing a product or service to solve that challenge. For example, a recent competition including students from California and Ohio asked four teams to create a new and innovative product for Nike.

After meeting for about two hours over the course of two days to develop their ideas, the teams each recorded a three- to five-minute video pitch of their business idea. Among the pitched ideas:

In their video pitch, each team spoke about their approaches to branding, celebrity endorsements, social media campaigns and financing, including estimated annual revenue.

Employees from Segment, the company that sponsored the competition, evaluated the pitches and determined the team that developed the gym and spa idea as the competition winners.

Lauren Reilly, SuitUp co-founder and executive director, said the competition's benefits to students not only include exposure to practical entrepreneur exercises but the opportunity to receive immediate coaching from executive volunteers, as well as the ability to see themselves as one day being in the C-suite. In many cases, students will often develop a business idea that helps their community, she said.

What students say: Katherine Zehenni, a 17-year-old student at a Los Angeles-based school, participated in her first SuitUp competition in July. The high school senior is an aspiring entrepreneur who is launching a teen lifestyle blog. She became aware of the SuitUp competition through a pre-college entrepreneurial course at Loyola-Marymount University.

Her team didn’t win the competition, but she said she enjoyed the “controlled spontaneity” of the contest. She especially liked the fast-paced, decision-making process and working with other students across the country who were on her team.

“I’ve only known them for a few hours and… all of a sudden, we're all CEOs and we all got to work together, which is really fun and thrilling,” said Zehenni, who said the competition gave her experience in respectfully compromising with teammates about business ideas.

Isabelle Dalla, a 17-year-old student from El Cerrito, California, said she learned several helpful entrepreneurial skills from participating in a SuitUp competition, such as knowing the product’s target audience. But it was the overall product development experience that made an impression on her.

“As students, we are trained to think and receive information in a certain way,” Dalla said in an email. “It’s good conditioning for being a good student and enjoying the learning process, which you will use your whole life. What often isn’t incorporated in school, is the creative process which in my opinion is equally important.”

Aidan Shadadi, a rising high school junior from Phoenix, has participated in several SuitUp competitions through the entrepreneurial course at his private school. Through the competitions, he’s realized his strength is in creating marketing ideas. He also said that through these opportunities, he’s developed confidence in sharing his ideas and communicating his business visions.

“I'm always a little nervous to talk to other people about my idea because I'm really scared I'm going to get shut down, or they're like, ‘someone already invented that,’” Shadadi said. “And I feel like, through this, they've really pushed on the fact that it's OK, that's what we're here for, that's what entrepreneurs do. We're all learning just like everyone else in the world.”

What a school principal says: Baychester Middle School in New York City focuses on college and career readiness skills for students in grades 6-8. Principal Shawn Mangar connected with SuitUp several years ago when the competitions were in-person and was immediately impressed. Throughout the years, 225 students from the school, where 93.1% are Black or Hispanic, have volunteered to participate in SuitUp competitions. Participation has continued virtually during the pandemic.

“The program itself is geared toward college-readiness and serving underserved communities by doing college and career-readiness in a way that isn't traditional in the sense that it's not just a career day, but it's more of a career exposure day,” Mangar said.

The program gives the school an opportunity to provide career exposure opportunities for students at no cost to the school and without burdensome logistical planning. More importantly, Mangar said, it’s given students the ability to see themselves in corporate offices as decision-makers and innovators.

“Our students walk away with a better sense of themselves, what their strengths were, what their weaknesses were,” Mangar said. “We're now providing them with exposure to companies in spaces where they may not see people like them represented in offices, but they can begin to have an opportunity to see themselves in those seats in the future.”

What an executive says: Employees at companies that participate as SuitUp competition coaches and judges say they benefit from listening to the creative ideas of the students and from participating in the community service activities. Companies such as Forbes, Salesforce, Goldman Sachs and Uber have participated in competitions, according to SuitUp.

Salesforce Client Success Architect Taylor Deaton said employees who have volunteered in past competitions became motivated by listening to the students’ creative ideas. “[It] inspires them to start thinking more creatively in their day-to-day work,” Deaton said in an email. “Being able to shift their mindset and practice leadership skills, they come out inspired and confident.”

Deaton said the company is also focused on the advantages the experience can bring to students.

“[The students] can start shifting how they see the business world and that starts by them seeing people that look like them in the offices,” Deaton said “Instilling that kind of confidence is monumental for the students — and companies that prioritize recruiting diverse people is where these students are going to thrive and lead.” 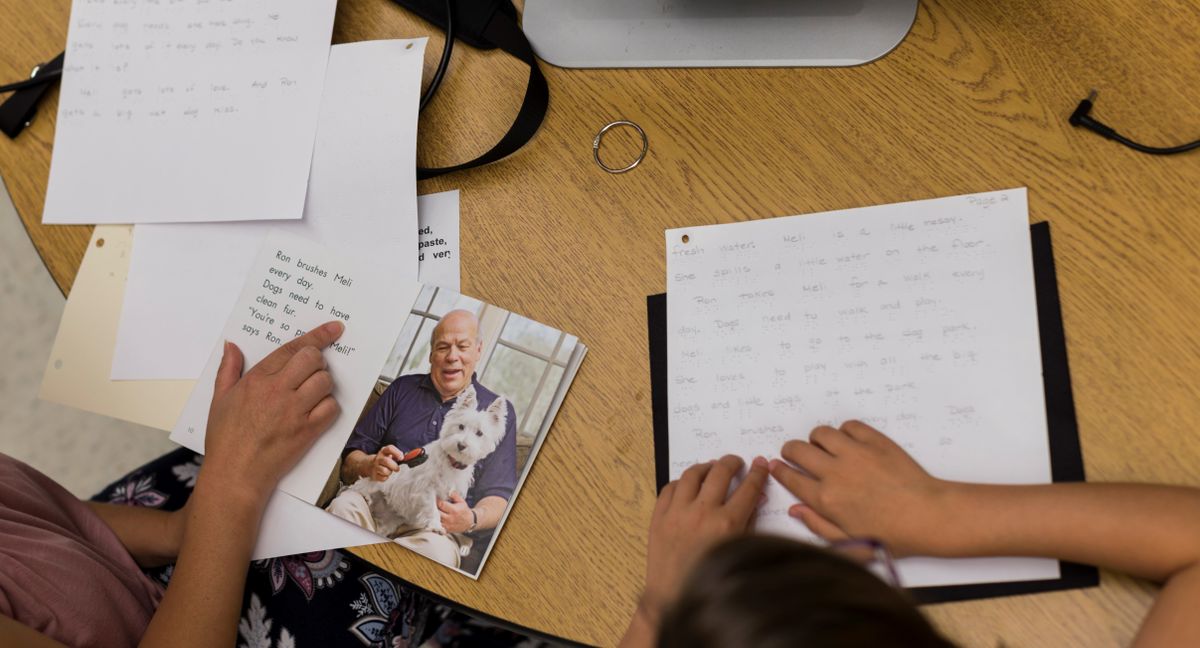 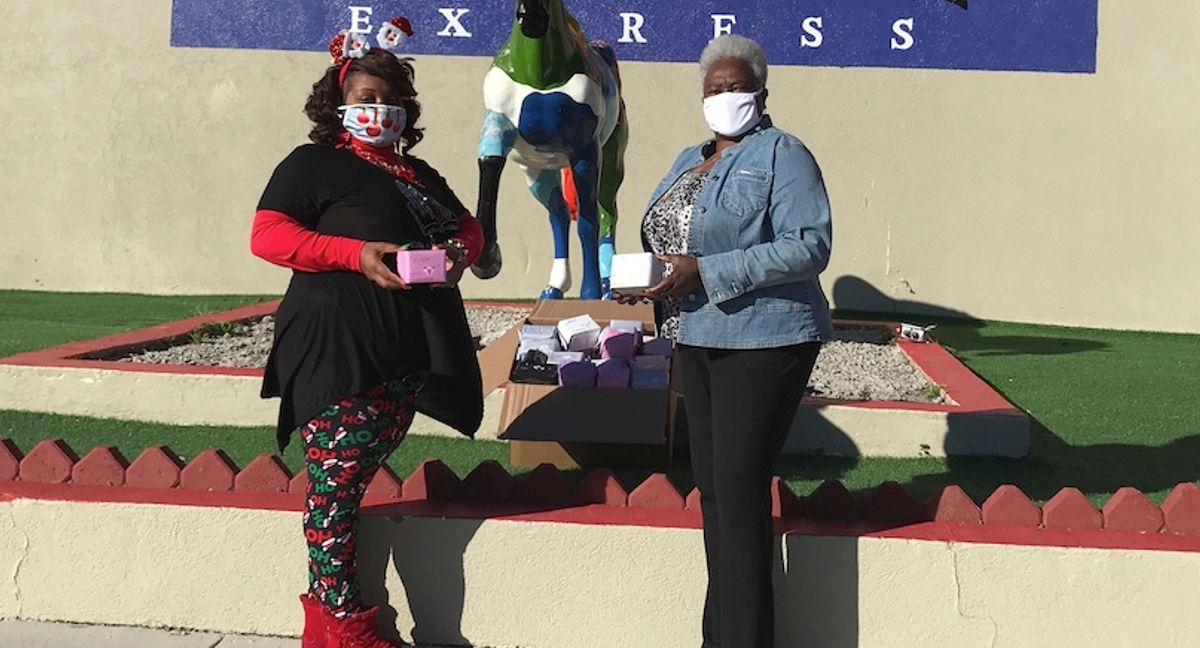 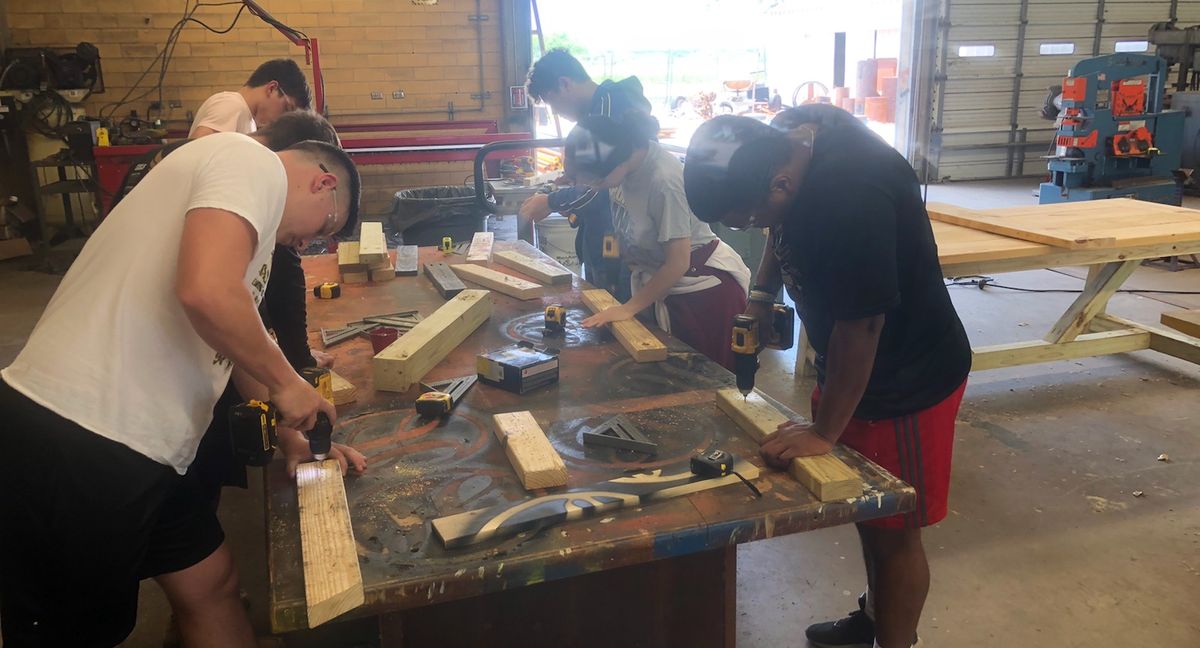 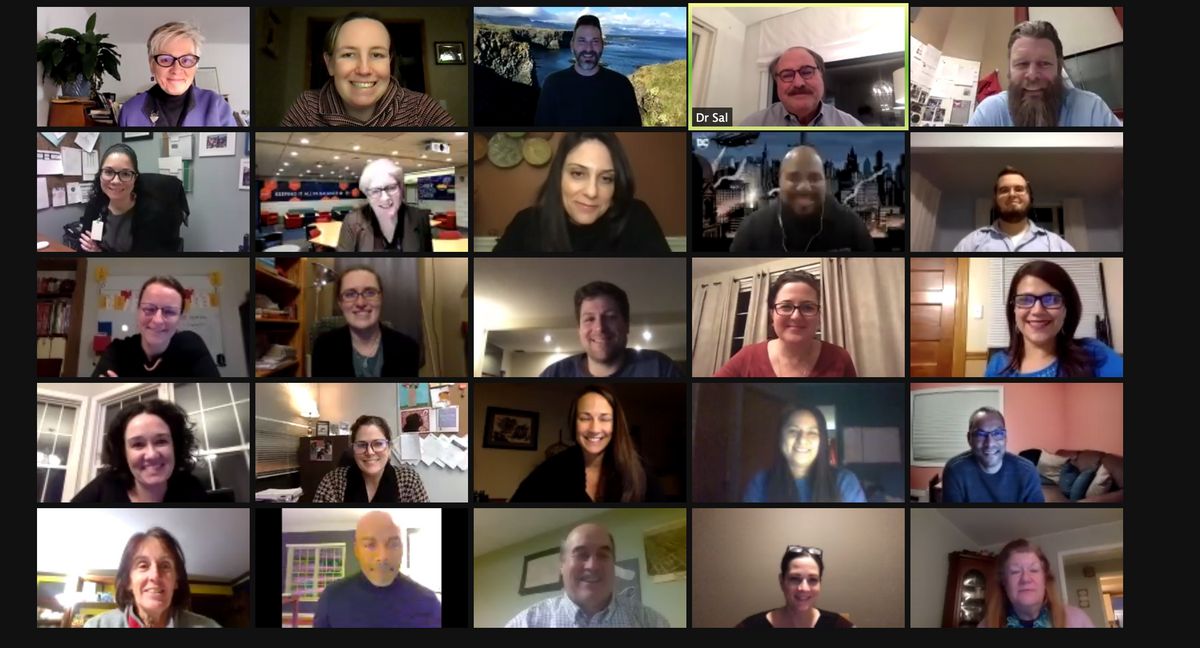 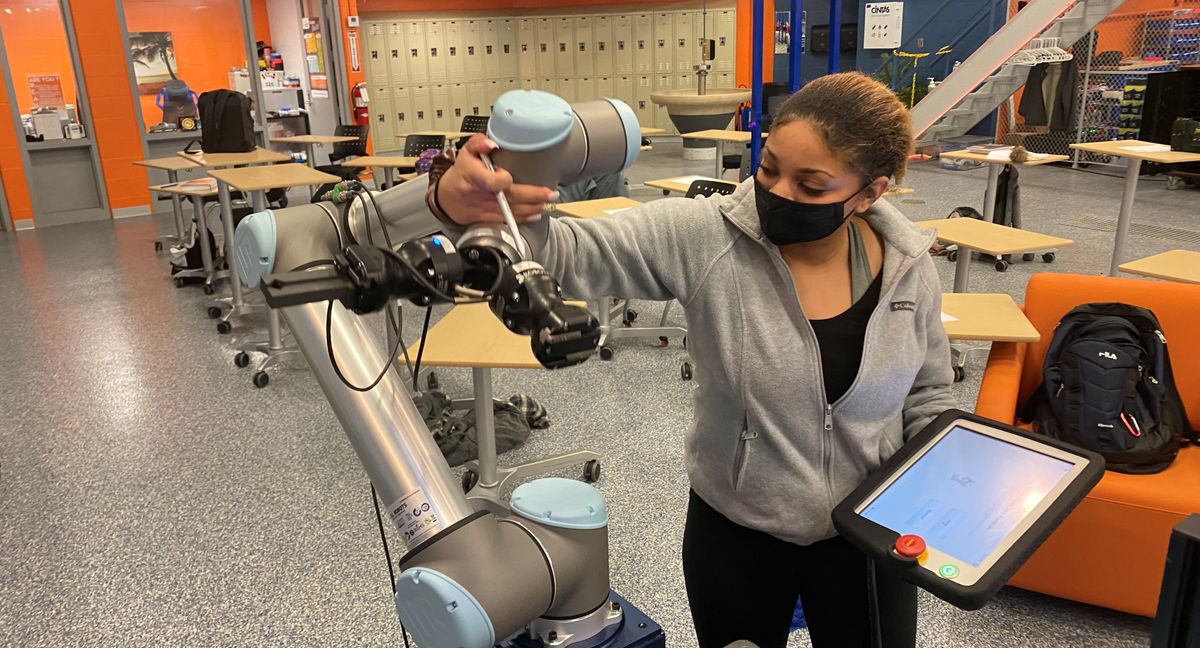 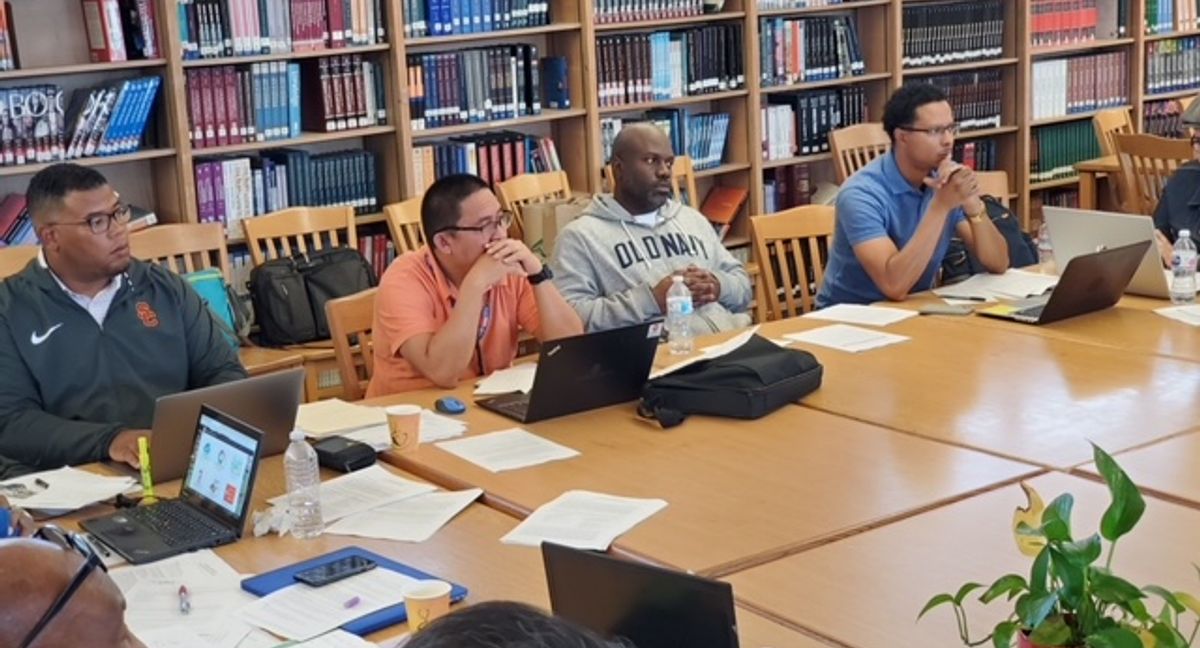