For some school districts, empty box stores convert into opportunities

With huge, colorful 12-foot graphics along the walls, walking through the halls of North Kansas City Schools’ new Early Education Center makes visitors feel like they’re in a storybook, said Jeff Vandel, executive director of facilities for the Missouri district.

The 112,000-square-foot facility formerly housed chain stores Price Chopper and Hobby Lobby before being transformed into a bright learning space and hub for the district’s early childhood programs. The center first opened for preschool students in January and then expanded access to the entire community for broader early childhood programming in August, said Katie Lawson, executive director of special programs at NKC Schools.

Following the $24 million total project, the district plans to expand into the shopping center's remaining space in the near future, Vandel said. A local bond approved by voters, and supplemented by state and federal dollars, helped fund the Early Education Center, Lawson said.

It cost NKC Schools $19.6 million to renovate the 112,000-square-foot space, while the remaining $4.4 million covered furniture and other programming expenses, said Robyn O'Roark, senior architect at DLR Group, which helped develop the new space. This means the construction costs came in at $175 per square foot, O'Roark added.

Another Missouri school district that DLR Group worked with is in Kearney, where $3.7 million was spent to convert a 26,300-square-foot former grocery store into an Early Childhood Center. That project averaged $140 per square foot, O'Roark said.

"In general the schedule for construction can be accelerated because the building shell and structure are already in place," O'Roark said in an email. "The scope of work is mostly interior renovation with upgrades for mechanical, electrical and some exterior facade rework."

In 2020, school construction costs ranged from $230 per square foot for a high school in Nashville, to $558 in New York, according to Construction Dive.

The new Early Education Center can house up to 41 classrooms at full capacity, and it operates several programs including preschool, early childhood special education, and educational training support for parents.

To make sure the young students wouldn’t feel lost in the massive space, Vandel said the building’s design is split into pods with nature themes students can easily identify. One pod is blue for water, for example, while another space is yellow for bumblebees.

The space became available amid a trending decline in sales at malls and shopping centers. The Hobby Lobby was vacant for 8 months before NKC Schools began construction, Vandel said, but the Price Chopper store did not vacate until the district purchased the space.

The pandemic has recently sped up the decline of malls and shopping centers as shoppers stayed away to prevent the spread of COVID-19, according to Retail Dive. In other creative repurposing, malls have been serving as COVID-19 vaccination sites, medical spaces, churches, office spaces, warehouses and gamer headquarters, Retail Dive reported in February.

“There seems to be a lot of these big box stores that are just sitting vacant out there,” Vandel said. ”It just seems like a very affordable way to expand education space and then solve a problem in a neighborhood.”

NKC Schools is not the only district to have converted empty retail stores for educational purposes.

A few years ago, the Kearney School District in Missouri turned a former grocery store into an Early Education Center, the Courier Tribune reported. In Kentucky, iLEAD Academy transformed from a former strip mall into a regional career academy for students from five school districts in the Ohio Valley Educational Cooperative.

More recently, a high school in Burlington, Vermont, temporarily moved into a former Macy’s location for the next several years after dangerously high levels of cancer-causing chemicals were found in the former high school building, according to news site VTDigger.

While converting stores into schools has certainly not become a widespread movement, this kind of adaptive reuse can become a creative handling of space, Filardo said.

This project also saved the district time and money by cutting costs on construction materials and labor, Vandel said. He estimates the division saved almost half its construction costs by renovating the store rather than building on a vacant lot. In fact, Vandel said NKC Schools has now purchased the rest of the strip mall to repurpose into an IT center and professional development space.

If President Joe Biden’s now $1.75 trillion Build Back Better Act passes in Congress, there will be significant funding available to provide universal preschool for all 3-to-4-year-olds. The bill could provide free preschool programming for over 6 million children, according to The White House. While other priorities like paid family and medical leave and free community college have been recently cut from the bill, lawmakers are still considering universal preschool as a part of the Build Back Better Act.

The bill also includes funding to help pay for leasing spaces and applying adaptive reuse to house early childhood programming, Filardo said. If the bill passes, it’s very possible that converting schools to early education centers could become a popular solution to house these new preschool programs for millions of children, she said.

‘Worth the extra effort’

There are a few issues districts must consider if they want to build an early education center in a former strip mall or store. Converted buildings should have outdoor spaces, like playgrounds, Filardo said, as well as provide plenty of natural daylight important for cognitive function.

North Kansas City Schools approached these issues when designing its early education center, Vandel said. To address a lack of natural light, large skylights were placed in corridors throughout the building, and classrooms had glass windows into the corridors to receive borrowed light, he said.

The district also removed asphalt in front of the store and added a fenced playground.

“Definitely a lot of design challenges, but I think it was definitely worth the extra effort to work through some of those,” Vandel said.

Along with providing educational space,  these types of projects can bring life back to a community scattered with empty stores, Lawson said.

“As we continue to move more and more retail and those type of things online, we do see a lot more of the empty box stores,” Lawson said. “It’s our hope that districts can see the potential in what an empty box store may do. 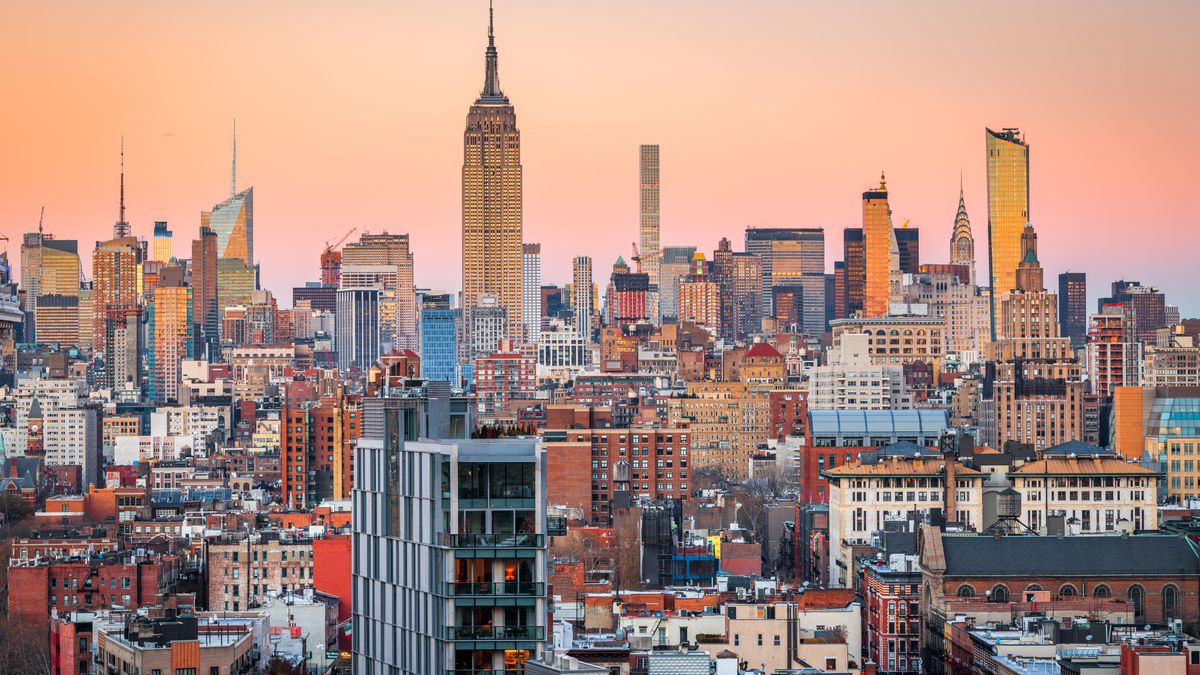